Home/
News/
The ‘buybacks queen’ with a heart of gold

The ‘buybacks queen’ with a heart of gold 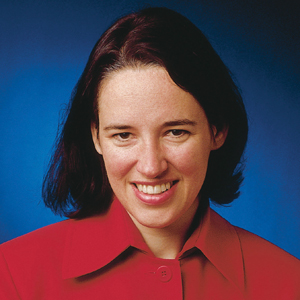 A skilled dealmaker with a caring nature that endeared her to clients and colleagues alike, Fiona Gardiner-Hill will leave an impact far beyond her firm and her profession, writes Rebecca Maslen-Stannage.

A skilled dealmaker with a caring nature that endeared her to clients and colleagues alike, Fiona Gardiner-Hill will leave an impact far beyond her firm and her profession, writes Rebecca Maslen-Stannage.

A pivotal member of the Herbert Smith Freehills M&A team, Fiona was particularly known for her legal brilliance and lateral thinking. This, combined with fine judgement, endeared Fiona to blue chip clients such as the Australian Securities Exchange which relied on her for advice on all its strategic corporate matters.

Fiona was sought after by creative and bold deal-doers such as the Seven Group, which she advised on numerous transactions, including on the KKR/Seven Media deal and the WesTrac merger.

Fiona’s achievements were the more remarkable given her modest, self-deprecating nature. M&A players are often known for big, brash personalities and healthy egos. It was a testament to her legal brilliance, problem-solving prowess and excellent judgement that Fiona succeeded despite her modest approach.

Fiona was well known at Herbert Smith Freehills for having a queue of partners and other lawyers outside her door wanting to bounce things off her.

She studied fine arts and law (including a masters degree) at Sydney University and Women’s College, before joining Freehills as a graduate. She quickly impressed firm legends like Kim Santow and David Gonski, and was selected to go on secondment to the Australian Securities & Investments Commission, and then the London office.

Known at Herbert Smith Freehills as the “Buybacks Queen”, Fiona was a leading expert on buybacks. She was a true lawyer’s lawyer, admired by colleagues and peers – so it was no surprise when she won the Media Lawyer of the Year award in the peer-voted Best Lawyers survey.

In 2013, she was appointed to the Takeovers Panel.

Fiona – while fearless and strong in representing her clients – at a personal level remained gentle despite the pressures of the corporate world. Any concern she ever raised was for someone else, not for herself.

While Fiona was fulfilled by her professional achievements, what mattered most to her was her beloved husband Richard Caldwell and her daughters Zara and Catie.

She was much loved by all who knew her and will be sadly missed.

The ‘buybacks queen’ with a heart of gold