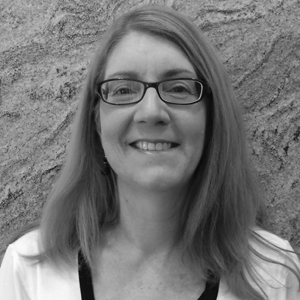 Corporate partners from Minter Ellison and DLA Piper have launched a new firm that does away with high overheads, billable hours and the culture of self-interest found in large law firms.

Speaking exclusively to Lawyers Weekly, Mitzi Gilligan (pictured), one of the founders of the new firm called Hive Legal, said she decided to leave Minters because she wanted to establish a firm that “challenges the status quo”.

“With Hive, I was excited by the opportunity to start with a clean slate and design a law firm specifically for the contemporary legal market, which is undergoing fundamental changes.”

Gilligan had been a partner in Minters’ commercial and regulatory team in Melbourne for more than 13 years. She co-founded Hive with Simon Davidson, an equity capital markets, M&A and private equity partner at DLA Piper. Davidson had also worked with Gilligan at Minters from 2000 to 2008.

The new firm is headed up by managing director Jodie Baker, who had been working on the business model for two years prior to approaching Gilligan and Davidson. The firm is also bringing on additional principals, with an announcement expected in March.

Hive is a “virtual firm”, said Gilligan, explaining that while the firm has an office at 50 Market St in Melbourne, its lawyers will be able to extensively work remotely.

Reducing overheads, which can translate into lower fees for clients, is one benefit of this flexible business model. Gilligan also claimed that working at a large law firm is unsustainable for many lawyers, herself included, who are trying to find work-life balance.

“We’re hoping to be able to offer a more sustainable option ... giving experienced lawyers the opportunity to work more flexibly,” she said.

Another feature of Hive that differentiates it from large law firms is its willingness to refer work to other firms and organisations, continued Gilligan. The principals are currently in discussions with small and large law firms, members of the Bar, consultants and non-legal businesses such as LPO providers, to build a network of allies. Hive will send work their way if a client requests it or if a principal decides the firm is not the most suitable service provider for a particular job.

“We will be able to pick apart [a client’s] requirements and make sure we pull in the best resources from our network, rather than the traditional model where the firm does everything, whether or not they’re the best at it,” said Gilligan.

She added that while Hive is not currently in talks with Minters, “that doesn’t mean I wouldn’t use them if the opportunity came up”.

Hive already has a number of big-name clients on its books. Gilligan would not name them but did reveal that the firm will be targeting corporate and government clients, “the same sort of client base that the big firms work for”.

Like a number of other start-ups, Hive offers clients value pricing. Gilligan said she is an advocate of fixed fees, but admitted that if a client insists on time billing the firm would accommodate them.

“We’re keen on getting rid of hourly billing ... I think it rewards the wrong things.

“We want to move towards value pricing, which will reward efficiency and outcomes rather than how long it takes to do something.”

Gilligan claimed time billing is an attribute of large law firms that is preventing the bigger end of town from adapting to the new legal landscape.

“[Large firms] have their reward and recognition systems very deeply embedded in the whole concept of time recording and hourly billing and it is very hard for them to break away from that infrastructure,” she added.