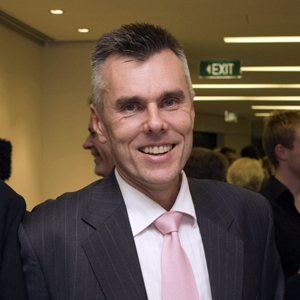 Three partners are among around 20 lawyers and support staff who were made redundant from Gadens’ Brisbane office this month.

Tax partner Damian O’Connor, energy & resources partner Edwina Rodd and property partner Phil Pennington were informed in early February that their roles had been made redundant.

Between 15 and 20 additional Brisbane staff, mostly paralegals from the firm’s financial services recovery team, have also been let go.

Lawyers Weekly understands that the partners are still working at the firm (their bios are still appearing on the Gadens website) and they are due to depart at some point in May.

O’Connor joined Gadens as a partner in 2011 after working as an investigator and manager with the Australian Taxation Office for more than 20 years.

Rodd started at Gadens in 2010 as a director specialising in corporate and commercial transactions, later transitioning to the firm’s energy & resources practice; while Pennington specialises in the body corporate area and has acted for numerous strata title complexes in his time at Gadens.

While those two senior partners declined to comment, a firm spokesperson told Lawyers Weekly that no further redundancies are planned across any of Gadens’ national offices.

“We have made the difficult decision to undertake a small round of redundancies ... [and] we are currently providing full assistance to all staff impacted, including finding other opportunities within the firm where possible,” said the spokesperson.

“The decision to restructure our workforce will help position the firm to meet the changing needs of our clients during a transforming domestic economy.”

The past six months have been a mixed bag for Gadens.

Gadens also suffered a financial blow in November when the firm lost its long-running legal battle with home loan guru John Symond. On top of almost $5 million in damages, Gadens was ordered to pay legal costs plus interest accrued by Symond.