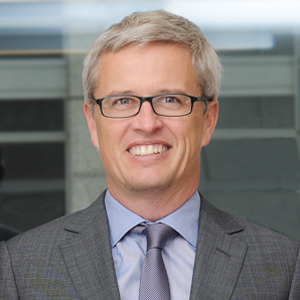 Gilbert and Henderson (pictured) both spoke to Lawyers Weekly to provide their take on the impact of the arrival of global law firms in the market and on their practice.

Henderson was a senior partner at Gilbert + Tobin prior to launching Webb Henderson in 2009 with Malcolm Webb, who was formerly a partner with Bell Gully in New Zealand.

The firm now has nine partners and 32 total lawyers spread throughout Sydney, Auckland, Singapore and London.

Henderson said that the firm’s targeted areas which include technology, media and telecommunications, corporate and competition law, dispute resolution and regulatory consulting had attracted interest from global law firms.

“We have had English firms approach us,” he said, confirming those firms included Magic Circle and Silver circle firms.

“We haven’t done those things [merge] because we are content with our strategy.”

Webb Henderson turns over between $10 to $20 million, with revenue for FY13 growing from FY12.

He agreed with sentiments expressed in a recent Lawyers Weekly Opinion piece that specialisation is a key point of difference in what is a crowded domestic legal market.

He attributes this and the firm’s relatively small size and low leverage ratio as being key reasons why it has avoided the redundancies and pay freezes that have beset numerous large global and national firms in Australia.

“All of those firms will have to manage costs in their own ways, but salary freezes are a clunky way to do that,” he said. “There are more important organisational decisions that have to be made about premises or internal structures which drive more costs than salary freezes.”

King & Wood was our best shot at a merger

Like Henderson, Gilbert has had his fair share of discussions with global firms about a possible merger.

Looking back on the alliance the firm had with King & Wood prior to the Chinese firm entering into a merger with Mallesons Stephen Jaques, Gilbert had a bob each way when asked if G+T didn’t merge with King & Wood, then they would not merge with anyone.

Gilbert also scotched any notion that his firm was looking to merge with Freshfields and said that he was comfortable with the firm’s current strategy of going it alone.

Like Henderson, Gilbert said that his firm had also seen its revenue increase in FY13 from FY12.

“I am not worried about global firms,” he said. “I am very happy. More can come as far as I am concerned.”

In discussing recent redundancies and cost-cutting measures at many firms, Gilbert opined this was more a function of market conditions rather than heightened competition.

“Partner movements and declining incomes are a function of a lessening in the availability of work and the rise of in-house counsel,” he said. “The biggest driver for the under-utilisation of capacity at all law firms has been a downturn in the volume of work – and that has a lot to do with post-GFC economic uncertainty, due to a reduction in demand for commodities in China, and uncertainty in the US and trouble in Europe.”

For an in-depth analysis of the strategies of global, national and boutique firms in Australia, see Lawyers Weekly magazine 632 on Friday 28 February