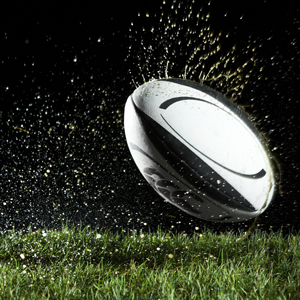 The long-awaited Australian Rugby League Commission has officially been launched after several lawyers helped negotiate key agreements for the game.

The long-awaited Australian Rugby League Commission has officially been launched after several lawyers helped negotiate key agreements for the game.

The Commission, which has been hailed by its CEO as an exciting new era for rugby league, took over independent governance of the game, with the former ARL board dissolved, on Friday morning (10 February).

According to Kemp Strang partner Steve Williams, the lead legal advisor to the Australian Rugby Football League Limited (ARL), his firm was brought into the matter in August 2010 as an alternative to Colin Love & Co, the law firm of former ARL chairman Colin Love.

“[It was] quite properly thought that some independence in terms of representation ought to be sought,” said Williams, adding that Colin Love & Co’s lead advisor Darren Kane’s knowledge of ARL corporate history was “very helpful” in making sure all commercial issues were covered in the restructure.

Williams said that what looked like a “fairly straight-forward legal concept” and a “four or five month job” in 2010 turned into a long and drawn out process.

“A lot of the agreements as to how the NRL competition ran and who provided what services had to be [transferred] to the new commission … A lot of stakeholders had a lot of commercial issues and their interests had to be accommodated,” said Williams.

Those stakeholders include the ARL and News Ltd along with NSWRL, CRL and QLDRL members, 16 clubs and the eight new independent commissioners.

The Commission, which has been almost four years in the making, brings an end to News Ltd’s 17-year involvement in the running of the NRL competition.

“Previously, decisions were being made by different interests in the partnership [between News Ltd and the NRL] which were quite different and devoid from what was being done at state level and ARL level,” said Williams. “There is now one independent entity which will be the sole administrator of the game.”

According to Williams, the new constitution provides three different groups of commission directors, who rotate, and a special mechanism for the election of new directors.

“There are certain requirements as to independence to be nominated as a director, so that in itself was significant in getting all stakeholders onboard with how the new constitution would work,” he said, adding that the current commissioners elect also had to do some due diligence and understand exactly what was being handed over to them.

Tony O'Reilly of Kennedys, who has previously done work for the NRL, acted for the commissioners elect and the NRL.

Club funding, including through grants from the NRL, was another hotly negotiated issue in the reconstitution, especially in light of the anticipated broadcast rights negotiations which will take place later this year.

“With the expectation that there will be more money for the game, as there was for AFL, the clubs were obviously keen to understand how that would be distributed and where they sat in the whole process,” said Williams.

News Limited, which should from now on pay full value for broadcast rights, was advised by its in-house counsel, Ian Phillips.

“There were a lot of issues in terms of how you separate sponsorship and revenue rights, for example, when your dealing with state of origin which involves the states … that the proper provisions are in place for funding and development for those entities in the future,” explained Williams.

The Commission’s chairman, John Grant, signed off on the change at a launch event at the ARL’s freshly-opened $20 million headquarters at Sydney's Moore Park on Friday.

"Rugby league has today achieved something many sporting competitions around the world are working very, very hard on, and that's independent governance,” Grant told Fox Sports.

Long-serving NRL chief executive David Gallop has assumed the role of CEO of the Commission.

The NSWRL and QRL will continue to oversee representative sides in their own states and the CRL will merge with the NSWRL and be based at the new Sydney HQ.

“The game of rugby league itself is in a great state, but how quickly you will see a direct impact [from the Commission] from an independent perspective will be interesting to see,” said Williams, who congratulated all parties on the deal.