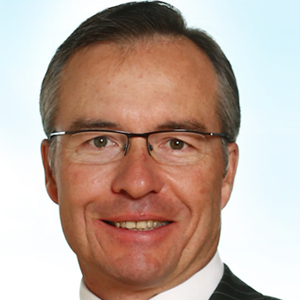 DLA Piper’s head of employment has told Lawyers Weekly that bullying complaints are set to rise after the Fair Work Commission confirmed it would consider incidents that occurred prior to the new anti-bullying laws.

DLA Piper’s head of employment has told Lawyers Weekly that bullying complaints are set to rise after the Fair Work Commission (FWC) confirmed it would consider incidents that occurred prior to the new anti-bullying laws.

On 6 March, the FWC accepted an application under the new anti-bullying regime, which came into effect on 1 January 2014, even though the most recent alleged incident occurred in May 2013.

Kathleen McInnes has claimed that she was subjected to bullying behaviour over a six-year period from November 2007 to May 2013, and has since been on extended sick leave.

One of the respondents, Peninsula Support Services, objected to the application on the basis that the alleged bullying occurred prior to the start of the FWC’s jurisdiction. The Full Bench of the FWC rejected this argument.

Andrew Ball (pictured), a partner at DLA, said he expected an increase in the number of bullying complaints following the McInnes decision.

“[Anti-bullying laws] are still new, but as knowledge of the jurisdiction increases I think we’ll see an increase in the number of bullying claims.”

Ball also claimed the decision provided much-needed clarification on whether bullying that occurred before the new bullying laws were introduced this year could form part of a complaint against an employer.

He added, however, that an employee must demonstrate a risk of ongoing bullying, which would rule out many old complaints.

The FWC will also consider whether the employer has taken internal action in relation to a bullying complaint.

“If a business can demonstrate that it is properly investigating and dealing with a bullying complaint in accordance with its anti-bullying policy then, depending on the circumstances, it is less likely that the commission will intervene and make an order,” said Ball.

The number of complaints being made to the FWC has been lower than anticipated (44 in the first month). FWC president Iain Ross predicted in December that around 3500 bullying claims could be made in 2014.