Attrition study has a silver lining 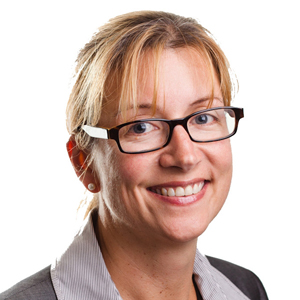 The head of diversity and inclusion at Norton Rose Fulbright has put a positive spin on a damning study that uncovers why women are leaving the profession in droves.

Sally Macindoe (pictured), a partner at NRF, told Lawyers Weekly that while the results of the recently-released National Attrition and Reengagement Study (NARS) are disappointing, “there is much good work underway”.

The study found that half of women lawyers have experienced discrimination and bullying or intimidation, and one in four had been sexually harassed in the workplace.

Macindoe described herself as “the optimist” on the panel. She told attendees that firms are already taking steps to tackle discrimination and retain female staff. NRF, for example, has refined its flexible work arrangements with positive results, including an increase in the number of women in senior positions.

The NARS advises firms to expand the range of flexible work arrangements they offer and take measures to ensure those who take up these arrangements are not disadvantaged for doing so.

Other recommendations, such as addressing conscious and unconscious bias, received unanimous support from the panelists, “many of whom had used some of the measures [outlined in the NARS] with success in their own organisations”, commented Macindoe.

The event’s keynote speaker, Sharon Cook, managing partner at Henry Davis York, also chose to focus on the achievements rather than the failures of the profession. She said the NARS would provide a framework to support positive firm initiatives and inform effective long-term strategies.

HDY and NRF are not alone in promoting firm progress on diversity. Herbert Smith Freehills recently announced its plan to have women comprise at least 25 per cent of the global partnership by 2017 and 30 per cent by 2019; while Slater & Gordon revealed last month (4 February) that the firm has grown the number of women in partner-equivalent positions to more than 50 per cent.

Despite their efforts, large firms were singled out by the study as having the highest rates of discrimination and sexual harassment. They were also identified as having a male-dominated culture that favoured male candidates in the promotion process.

The president of Australian Women Lawyers, Amy Challans, told Lawyers Weekly that the profession’s male-dominated culture is the result of power imbalances, poor internal policies and a “boy’s club mentality”.

“It is essential for all organisations to have a culture defined by clear values and behaviours,” she said.

“This includes recruiting and selecting staff against these values and behaviours and requiring staff to demonstrate their adherence to them as part of the performance management process.”

Challans also echoed recent comments made by Fiona McLeod SC that all employers should foster a culture of “zero tolerance” towards discriminatory behaviour.

“For all organisations, culture is driven from the top down and it is imperative that senior partners’ role model appropriate behaviour,” she said.

The NARS found that a factor contributing to the high rates of discrimination was a perception of conscious or unconscious bias against women who adopt flexible working arrangements.

The research suggests that while a range of flexible options might be available, taking them up could have a negative impact on progression prospects.

Macindoe stressed that working flexibly should not prejudice career progression.

“It may slow down the trajectory in some circumstances, but not necessarily … my career did not start progressing until I was already working flexibly and I have continued to do so for 17 years.”

Macindoe also advised firms to record gender equity statistics before launching into the recommendations contained in the NARS. She explained that the data allows firms to set well-informed targets and monitor progress against them.

Meanwhile, the Abbott Government has proposed a roll-back of gender reporting requirements, a move that McLeod described as “very disappointing” in an interview with Lawyers Weekly earlier this week.

Attrition study has a silver lining