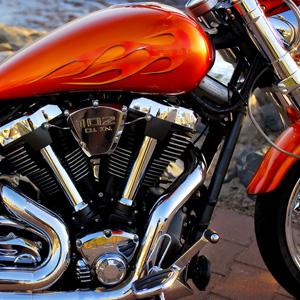 The head of a Queensland firm is suing the state’s Premier and Attorney-General over comments that bikie lawyers are part of a “criminal gang machine”.

The damages include $500,000 in general damages and a further $100,000 in aggravated damages based on alleged “malice of the defendants in publishing words they knew to be untrue, motivated by a wish to make political capital out of an attack on lawyers”.

In February, Newman told reporters that lawyers who defend alleged bikies are “hired guns” who “take money from people who sell drugs to our teenagers and young people”.

“They are part of the machine, part of the criminal gang machine, and they will see, say and do anything to defend their clients, and try and get them off and indeed progress their case,” he said.

Bleijie later defended Newman and said the Premier was responding to a specific question. Hannay Lawyers, which has offices in Brisbane and the Gold Coast, has claimed that the comments were clearly in reference to the firm.

Last night (1 April) Queensland Opposition leader Annastacia Palaszczuk moved a no-confidence motion against Bleijie in State Parliament, claiming the Attorney-General did not have the respect of the legal profession.

She accused Bleijie of starting his term as “a laughing stock with the legal profession”, the ABC reports.

“His reputation rapidly declined from that point,” she added.

Palaszczuk cited what she described as “legislative failures”, which included the controversial bikie laws. She also referred to Bleijie’s feud with Court of Appeal president Margaret McMurdo.

“The actions of the Attorney-General ... have been so lacking in the standards one might expect of the first law officer of this State that this action has become necessary.”

The motion to remove Bleijie as Queensland Attorney-General was defeated.