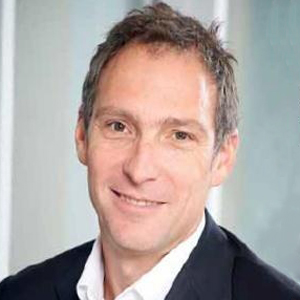 The CEO of Slater & Gordon has defended the firm’s actions in its class action against the Christian Brothers and denied that the firm coerced sex abuse victims to sign a settlement.

Speaking with Lawyers Weekly, Slaters partner Hayden Stephens (pictured) denied statements made by Edward Delaney and Gordon Grant at the Royal Commission into Institutional Responses to Child Sexual Abuse on 30 April. Delaney had claimed that the firm “forced” sexual abuse victims to sign a settlement and Gordon said he believed Slaters had bugged his phone.

Delaney and Gordon were among 240 victims of sexual abuse represented by Slaters in a class action against the Christian Brothers that ran in the early 1990s.

Stephens gave evidence at the Commission yesterday (1 May). He said the Christian Brothers, represented by Carroll & O’Dea, opened negotiations to settle sexual abuse allegations in WA by demanding that the plaintiff pay the defendant’s legal costs.

Legal costs on each side climbed to around $1.5 million over the three-year-long battle, bringing the total cost of the class action to more than $3 million.

The result was a settlement sum of $3.5 million, which was deposited in a trust for the victims.

Stephens told Lawyers Weekly that while the settlement was “not a fair reflection of the hurt that had been caused by the abuse they had suffered”, it was the best option given the “formidable technical legal obstacles”.

He said that the Christian Brothers made persistent efforts to transfer the case away from jurisdictions where the matter could be heard in court. The defendants were negotiating from “a position of strength”, he explained, after hearings held in NSW and Victoria ruled that the matter be held in WA, where there was a six-year limitation on complaints at the time.

Stephens also testified that the Christian Brothers would not clarify the organisational structure of the church bodies in order for Slaters to identify the correct defendant.

“The Church must be prevented from using technical legal defences or avoiding liability because it is not a corporate identity,” he said, when speaking with Lawyers Weekly.

“Make no mistake, the Christian Brothers and Church authorities used all of the legal obstacles to their advantage to ensure that these claims would never reach court, to be heard on their merits.”