The right mix of talent 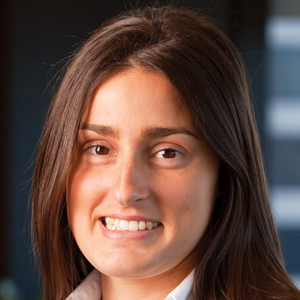 The five finalists in the JLegal Energy & Resources Award at next week’s Lawyers Weekly 30 Under 30 Awards come from a variety of firms and locations.

The five finalists in the JLegal Energy & Resources Award at next week’s Lawyers Weekly 30 Under 30 Awards come from a variety of firms and locations.

Lisa Butler is one of two female finalists from Squire Sanders in the running for a Lawyers Weekly 30 Under 30 Award. Lisa, a Perth-based senior associate, has already been earmarked as a leader at the global firm. She attended a mining conference in Cape Town as a firm ambassador and has also been nominated to join the firm’s global energy and resources industry group to propose and implement initiatives to develop the practice globally. Lisa has also co-founded the Australian Young Energy Network. “She is and will continue to be an outstanding leader in the energy and resources sector,” said Squire Sanders Australian managing partner John Poulsen.

Like Lisa, Megan Coall (pictured bottom left) from King & Wood Mallesons is a senior associate with a global law firm. Megan’s legal skills have been recognised by KWM, with Megan acting for key clients the calibre of GlencoreXstrata, Puma Energy and EnergyAustralia. GlencoreXstrata was so impressed by Megan the company formally requested to KWM that she be promoted to senior associate, and once that promotion was attained, Megan was selected as a senior associate coach at KWM to mentor and supervise graduates. “She has encyclopaedic knowledge of the legal issues in acquiring and managing a major resources project in Australia,” said Kalidas Madhavpeddi, the Overseas CEO with CMOC Mining Australia Pty Ltd.

McCullough Robertson’s Liam Davis (pictured bottom) is hoping to emulate his colleague in Brisbane, Emma Murray, who was one of three winners of this Award last year. Liam is one of McCullough Robertson’s foremost native title experts. His knowledge of this subject area and his technological nous combined when he created a mapping system for iPhones that gives users the ability to access native title and cultural heritage legislation. Liam is also a member of the Queensland Resources Council Indigenous Affairs Committee. “Liam will be a leader of the profession – sooner than you think,” said McCullough Robertson partner Tim Hanmore. Liam was also a finalist in for the Young Gun Award (for lawyers within their first three years of practice) at last year’s Lawyers Weekly Law Awards.

The second Brisbane-based finalist in this category is Jasmin Singh (pictured top right) from Clayton Utz. Jasmin was promoted to senior associate as a 27 year-old in 2012 and has also assisted the Queensland government on a delegation to India to promote the state’s energy and resources sector. “Jasmin understands the commercial drivers of our clients and has an easygoing personality that makes her a favourite ‘go to’ lawyer by our major clients including Origin Energy, Wesfarmers, Vale, Anglo, Peabody, Stanwell and Adani,” said Clayton Utz partners Mark Geritz and Stuart MacGregor.

Joining Lisa Butler from Perth as a finalist in this category is Cassandra Wee. Although Cassandra is one of the youngest finalists across all 10 categories, this 26-year-old lawyer from Ashurst has already been handed responsibilities that belie her age, including being a mentor at her firm and being the leader of the WA chapter of the Young Energy Professionals Committee. Cassandra cares deeply about not only her area of practice, but also that of practitioners. “If clients and senior practitioners, who drive workflows, timeframes and stress levels, can also be made aware of the potential effects that unrealistic demands can have on lawyers battling with depression, I believe the fight to reduce depression in the legal profession can be significantly improved,” she said.

The right mix of talent