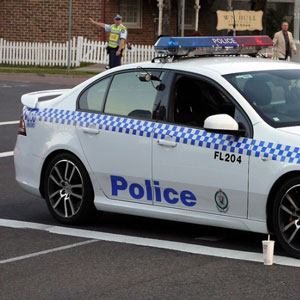 The lawyer also faces charges of resisting arrest and possessing a prohibited firearm.

The police allege that undercover officers bought 500 millilitres of gamma-hydroxybutyrate (GHB) and 13.8 grams of methylamphetamine, or “ice”, from the Sydney lawyer between late July and mid-August this year.

Gouliaditis was arrested on Thursday (21 August) in Martin Place in Sydney’s CBD allegedly in possession of three grams of ice, an ice pipe, scales, numerous resealable plastic bags, and a large amount of cash.

When the police searched his home in Newtown they allegedly found a stun gun and liquid believed to be GHB.

Another premises in Kings Cross, which was searched as part of the same investigation, allegedly contained cocaine, ice, MDMA, ecstasy and a large amount of cash.

The police arrested unemployed financial services worker Andrew Connell, 25, at the unit. He was charged with drug dealing, among other offences.

The matter was mentioned in court on Friday (22 August). Gouliaditis did not appear but his lawyer applied for bail.

The solicitor was suspended from his current role and conditional bail was granted.

Connell appeared before the court on Friday and was granted bail.

The police say that Connell was not the intended target and that further arrests are likely to follow.