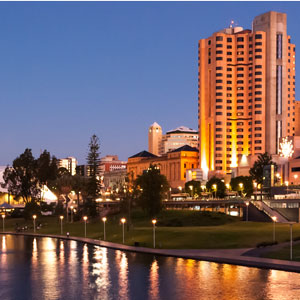 Fox Tucker Lawyers is set to announce that it is merging with fellow Adelaide firm Donaldson Walsh Lawyers.

Lawyers Weekly understands that not all five of Donaldson Walsh’s partners will join Fox Tucker’s team.

Donaldson Walsh managing partner John Walsh declined to comment on whether the merger would result in redundancies, telling Lawyers Weekly that the details of the merger were still being finalised.

Fox Tucker is the larger of the two firms, with 11 partners and around 80 staff.

Former Adelaide lawyer Paul Burgess, who now heads up Burgess Paluch Legal Recruitment, told Lawyers Weekly that the merger may be an attempt by Donaldson Walsh to deal with the challenges of the contracting legal market in South Australia.

“It’s not a case of two equally-sized firms merging together,” he said.

“The word in the local marketplace… is that Donaldson Walsh has been struggling somewhat.”

“[The legal market in Adelaide] hasn’t been buoyant at all. Adelaidians are very aware of that,” he added.

Walsh agreed that the Adelaide market was challenging, but denied that his firm had recently lost major clients.

There has also been speculation that the entrance of national firm HWL Ebsworth into the Adelaide market through its acquisition of Kelly & Co last month (14 July) has rattled local firms.

Fox Tucker made four redundancies in April last year. DeRuvo told Lawyers Weekly at the time that the redundancies were a casualty of a tight legal services market that was affecting firms across Australia.

Other firms with offices in Adelaide have also made redundancies in the last 12 months.

In August 2013, Kelly & Co made eight redundancies prior to its acquisition by HWL.

Larger firms are also scaling back their presence in Adelaide. Ashurst recently downsized its Adelaide office and relocated its only SA partner to Melbourne.

Fox Tucker was founded in September 2010 when the Adelaide office of DLA Phillips Fox merged with Rankine Tucker Lawyers.