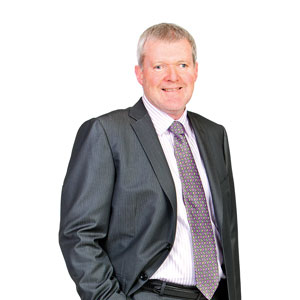 Fox Tucker Lawyers and Donaldson Walsh Lawyers have announced that the two Adelaide-based firms will officially merge this Wednesday.

Fox Tucker Lawyers and Donaldson Walsh Lawyers have announced that the two Adelaide-based firms will officially merge this Wednesday (1 October).

Lawyers Weekly broke the news that the merger would be taking place.

Commenting on the union, Donaldson Walsh managing partner John Walsh (pictured) said: “Naturally enough with any change there is a little apprehension, but the predominant feeling is that … of excitement.”

“Our people – and particularly … our younger people – see this as a tremendous opportunity for them to grow and develop.”

The merged firm will operate under the name DW Fox Tucker at the current Fox Tucker offices located at 100 King William Street, Adelaide. All Donaldson Walsh lawyers will move across to the new firm, bringing the total number of staff to over 80.

Fox Tucker’s CEO Janet Miller will transfer across as the inaugural CEO of the merged firm.

Lawyers Weekly contacted Miller but she was not available for comment.

In discussing the motivations behind the merger, Walsh said the crossover in practice areas between the two firms made them a natural fit.

“When we first started discussing the prospect of a merger 12 months ago, it became apparent that … coming together made a lot of sense from a practice area perspective.

“It provides us with greater capability and depth for our clients, and also providing greater opportunity for progression in the profession of our younger practitioners.”

Walsh also said he believed the merger would help both firms deal with the challenges of the South Australian market.

“There is no hiding from the fact that it is a challenging market in SA. Having said that, SA has always been a hard market and if you can succeed [here], you can succeed anywhere.”

The new firm is not looking to expand any time soon; however, if the opportunity presented itself, the firm would add expertise, said Walsh.

“We don’t anticipate ourselves being a very large firm.

“We are very much of a mindset that we want to retain the close relationships within and outside the firm that comes from being a firm that will be upper mid-tier in South Australia.”