Home/
News/
ALA calls for Bill of Rights

ALA calls for Bill of Rights 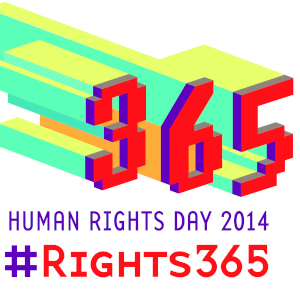 On International Human Rights Day (10 December), the Australian Lawyers Alliance (ALA) has criticised Australia for failing to develop legislation that protects individual rights and has called for the adoption of a Bill of Rights.

Human Rights Day is observed internationally to cast a spotlight on the Universal Declaration of Human Rights as the common standard of achievement for all people and nations.

This year, the ALA took the opportunity to draw attention to the absence of a Charter of Rights in Australia.

ALA spokesperson Benedict Coyne said Australia had fallen far behind most other first world nations.

“It is disturbing to note that Australia is currently the only liberal democracy that lacks a Charter of Rights in either constitutional or statutory form,” said Coyne.

“This means that Australians still lack the legally enshrined fundamental and basic human rights that Americans have enjoyed for more than 200 years and that much of the rest of the civilised world has adopted over the last 50 years.”

Coyne added that Australia must catch up with the rest of the world in terms of protecting the basic human rights of its citizens.

Australia has made many positive contributions to international human rights law. It was a founding member of the UN, among 26 nations that drafted the International Convention relating to the Status of Refugees, one of the first countries to ratify the Convention on the Elimination of Discrimination Against Women and an early supporter of the UN Convention on the Rights of Persons with Disabilities.

Even so, Coyne said the absence of a Human Rights Act contradicts the nation’s efforts to position itself as a candidate for election to the UN Human Rights Council in 2017.

Australian Lawyers for Human Rights and the Human Rights Law Centre echoed the concerns of the United Nations Committee on Torture, which has slammed the Australian government’s boat turnbacks policy.

ALA calls for Bill of Rights