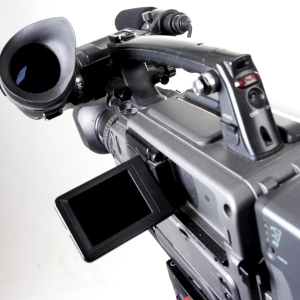 A full court of the Federal Court has upheld a ruling that a Channel Seven program incited contempt for a Brazilian tribe.

Channel Seven initiated court action against the Australian Communications and Media Authority (ACMA) after the media watchdog found that a program broadcast by Channel Seven Brisbane in 2011 breached code of practice requirements for factual accuracy.

The program made allegations of practices of infanticide against the Suruwaha tribe in the Amazon jungle of Brazil.

ACMA found that the Seven program breached requirements which prohibit the broadcast of content which is likely, in all the circumstances, to provoke or perpetuate intense dislike and serious contempt on the grounds of race or ethnic origin.

In June 2014 a single judge of the Federal Court ruled against Seven on all grounds.

The broadcaster appealed against the aspect of that decision which upheld ACMA’s contention that the Seven program had provoked and perpetuated intense dislike and serious contempt on the grounds of race or ethnic origin.

A full-bench of the Federal Court dismissed Channel Seven’s appeal with costs.

One of the three presiding judges, Justice Robert Buchanan, highlighted a number of features of the Seven report, including a statement by the network’s reporter that; “These lost tribes encourage the murder of disabled children”.

In upholding the earlier decision of the Federal Court, Justice Buchanan noted that such reporting was likely to “provoke or perpetuate intense dislike” for the Suruwaha tribe.

“However, it is convenient to state at this point that the passages I have emphasised appear to me, upon a fair and neutral evaluation of them, to state conclusions to the effect that the statements would be likely to provoke or perpetuate intense dislike and serious contempt of and for the Suruwaha tribe and its members on account of their practices and beliefs,” said Justice Buchanan.

“In light of the earlier findings to the effect that the practice and belief in infanticide was represented by the program to be subscribed to by the members of the tribe without exception so that (as the respondent argued) they were identified as “core” attributes of the tribe and its members, any attempt to divorce or distinguish cultural practice from notions of ethnic origin or race appears to me to be, in the circumstances of the present case at least, artificial.”

The other Federal Court judges to hear the appeal were Justice Nye Perram and Justice Debra Mortimer.

In 2013 Addisons’ partner Justine Munsie successfully acted for Channel Seven in preventing Spice Girl Mel B from ditching The X Factor, where she had been a judge, to join Channel Nine’s Australia’s Got Talent.