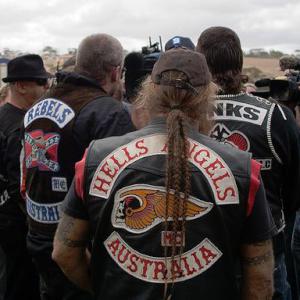 Australian Lawyers for Human Rights has spoken out against the High Court’s decision to uphold Queensland’s harsh anti-bikie legislation.

Australian Lawyers for Human Rights (ALHR) has spoken out against the High Court’s decision to uphold Queensland’s harsh anti-bikie legislation.

Spokesperson for ALHR Benedict Coyne said, “This decision of the High Court highlights again the urgent need for the government to protect the Australian people’s basic human rights.”

Coyne said Australia is the only liberal democracy in the world that has yet to enact a federal Charter of Rights and that a majority of Australians supported its introduction.

The case was brought to court by a member of the Hells Angels, Stefan Kuczborski, and the United Motorcycle Council, which represents 17 bikie gangs.

The anti-bikie laws passed in October last year made it illegal for three or more participants of a declared criminal organisation to meet in public, with a mandatory minimum sentence of six months.

The legislation also outlawed the display of certain bikie gang logos on licensed premises and banned members from working in certain professions, including in tattoo parlours and for tow-truck companies, which the government claimed were being used for money laundering.

Changes to the Bail Act also made it very difficult for bikie gang members to receive bail.

Queensland Attorney-General Jarrod Bleijie reserved the power to label a gang a criminal organisation under the Criminal Law (Criminal Organisations Disruption) Amendment Act, and has placed 26 on the list to date.

Other Australian states have since expressed interest in replicating the laws.

The High Court held that Kuczborski lacked standing to challenge the laws as he had not been charged under the relevant legislation. However, they did not fully address the constitutional validity of the laws, leaving the door open for further attack.

Justice Hayne stood alone in his dissent, arguing that the legislation offends the separation of powers by granting the executive unreviewable power to declare criminal organisations.

He said the laws were confusing and “antithetical to the proper statement and administration of the criminal law”. He described the term “vicious lawless associate” used in the Vicious Lawless Association Disestablishment Act as “inapt” and “misleading”.

The High Court recently ruled that NSW’s anti-consorting laws were not in breach of the International Covenant on Civil and Political Rights, of which Australia is a signatory, because these rights were not embedded in Australian law.

This effectively demonstrated that there is no free standing constitutional right of association in Australia.

Coyne said these decisions showed that without a Charter of Rights, Australia has to rely on “creative judicial minds” to extract human rights provisions from the common law or the constitution.

This is an ineffective and expensive means of protecting rights, he added.