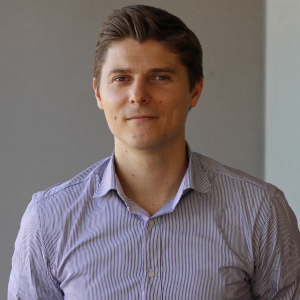 A director of the Human Rights Law Centre (HRLC) has slammed the prime minister’s attack on Human Rights Commission chief Gillian Triggs over her call to free a convicted refugee.

“[The criticism] comes only weeks after the government slashed the commission’s funding over the next three years,” Webb said.

“It’s hard to avoid the conclusion that both the cuts and the criticism are … designed to diminish our national human rights institution while the government continues to breach human rights laws.”

In a report published late last year, Triggs ruled that 51-year-old John Basikbasik’s human rights had been violated under the International Covenant on Civil and Political Rights by being held in detention for almost seven years after completing a prison sentence. She argued that the government’s failure to consider community detention or a less restrictive form of detention breached the prohibition on arbitrary detention.

Triggs recommended that Basikbasik be paid $350,000 in compensation.

The Abbott government has rejected Triggs’ finding, claiming Basikbasik is a risk to the Australian community.

Basikbasik has committed a number of violent crimes dating back to 1985, when he arrived in Australia by canoe.

In 2000, he was charged with the manslaughter of his de facto spouse, for which he was convicted and sentenced to seven years in prison. Since his release from prison in June 2007, Basikbasik has been held in Villawood Immigration Detention Centre.

Webb has backed Triggs’ report, arguing that a criminal conviction does not give the government licence to detain genuine refugees indefinitely.

“Once people have completed their prison sentence the government can’t just leave them languishing in detention forever without at least fairly, thoroughly and regularly considering whether there are any viable alternatives,” he said.

Triggs has previously attacked the Abbott government in relation to its treatment of asylum seekers. During the Human Rights Commission’s inquiry into children in detention last August, she criticised then-immigration minister Scott Morrison over conditions on Christmas Island.

Lawyers Weekly contacted Triggs’ office but she was on leave and unavailable to comment.