Stop tearing down the walls 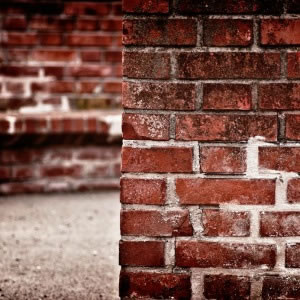 Open-plan offices appear to be all the rage at the moment, despite mounting evidence that the layout creates a disruptive workplace and frustrates employees.

As a workplace model, open plan represents an enlightened step away from isolated cubicles towards an interactive space designed to facilitate relationship building and knowledge sharing.

But, however good the intentions, floorplans inspired by innovative workplace philosophies do not always produce the results employers were after.

“For lawyers, open-plan offices can be a nightmare,” said Melissa Asimus, who argued that serious confidentiality and conflict of interest issues can arise if lawyers have to relying on ‘Chinese Walls’ to protect their client’s interests.

“Then there is the noise issue,” she continued. The nature of legal work requires meticulous attention to detail and complex analysis, both of which require focus and concentration, Asimus pointed out.

“This is near impossible in the standard open-plan office with the constant interruptions, noise and banter,” she said.

“All in all, open-plan offices for lawyers can lead to feeling professionally compromised, frustrated, stressed and unsatisfied,” she concluded.

Elise Jaye described colleagues’ voices as “nails on a chalkboard” and said she had actually quit jobs in the past because she could not complete work accurately and expediently in such a chaotic workplace.

“I'm leaving my job I've had for six years due to a change to open plan and the mindless autocratic belief from our great employers that this system is better,” said Si-dog Bartholemew Barr.

Dani Armstrong said he found it uncomfortable working in an environment where everyone knows your every move. “If I could do anything to change my workplace it would be more walls,” he said. 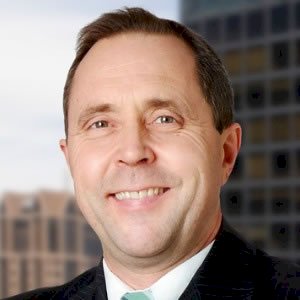 What about a ‘hybrid’ model?

DLA Piper’s Sydney office recently made the switch to open plan, but chose to operate under a ‘hybrid’ model, which intersperses dual occupancy offices with meeting rooms, ‘quiet’ rooms and shared desks.

“I think if you don’t have one of those three things hand in hand with the open-plan layout then that is when problems are created,” he said.

Hornsby said that all fee earners working in DLA Piper's Sydney office have laptops and wireless internet for calls, making it easy for them to minimise noise by relocating to a meeting room.

Moving to an open-plan model made the use of office space more efficient and therefore cheaper for DLA Piper, but Hornsby said saving money was not a central driver behind the change.

Before making the switch to open-plan, DLA Piper consulted a range of specialists and ran 'focus groups’ of partners to identify what they wanted the new workspace to deliver.

The firm then engaged a consultant to develop guidelines for working in open space and took the time to educate employees about appropriate voice levels, how and where to meet people, telephone etiquette and clean desk policies.

“Like all changes to environments it does take some people time to adapt [but] I think that [education] has really helped people adapt a lot quicker,” said Hornsby.

“We’ve been surprised about how quickly people move straight into the new environment and just got on with it and were very comfortable and happy,” he added, citing a recent employee survey, which was “overwhelmingly positive” about the new arrangements.

If it ain’t broke, don’t fix it

Lawyers have traditionally worked in individual offices, and Johnson Winter & Slattery managing partner Peter Slattery sees no reason why that should change.

“We have no plan to fit out our offices in an open-plan style. Our existing offices are configured so that all lawyers have their own office… We don’t see a problem with it,” Slattery told Lawyers Weekly.

“It has been the traditional approach to accommodating lawyers for a long period of time in Australia. It is effective,” he said.

Slattery said changing to open plan would require a substantial effort and that he was not convinced it would yield adequate returns.

He would be “staggered” if research could demonstrate that open-plan workplaces increase the productivity and contentment of employees in the context of an Australian law firm, but agreed that the open workplace style could be valuable outside a commercial law firm setting.

“One gets the impression that there are very few lawyers who actively embrace the idea of open-plan environments in a commercial law firm setting,” he said.

Slattery believes physical space is less important than firm culture in building a sense of collaboration among staff.

Stop tearing down the walls