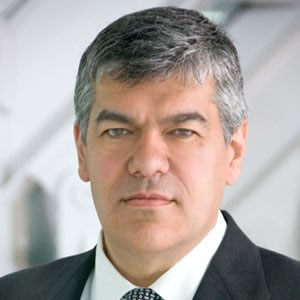 Two major firms are preparing to go to court as the Queensland government’s long-running dispute with technology giant IBM escalates.

Jones Day’s John Emmerig (pictured) is the lead partner acting for IBM. The firm will defend allegations that misinformation provided by IBM during the tender process led the state to mistakenly select the global IT company over competing bidder Accenture.

Minter Ellison is representing the Queensland government. The firm would not comment on the matter or reveal the identity of the partner in charge of the case when approached by Lawyers Weekly.

Minters has been instructed by its client to direct all media inquiries to the Office of the Premier, which did not return calls from Lawyers Weekly prior to publication.

The Queensland government is currently in caretaker mode in the lead-up to the state election on January 31.

On 4 December 2013, a statement of claim was filed in Queensland’s Supreme Court seeking compensation for the failure of the IBM-designed Queensland Health payroll system, which Premier Campbell Newman has claimed will cost taxpayers $1.2 billion to fix.

The claim was served to IBM on 2 December 2014, days before it was due to expire.

The Queensland government has alleged that IBM engaged in misleading and deceptive conduct in order to land the $6 million contract.

Lawyers Weekly understands that the state has since issued IBM with an amended writ, which will be the subject of a court hearing scheduled for February 19.

The recent court action comes four months after the conclusion of an inquiry into the failed IT system.

Headed by former Supreme Court judge Richard Chesterman QC, the inquiry found that the contract appointing IBM in 2007 should never have been signed. It also revealed that IBM solicited and received information during the tender process that gave it an advantage over competitors, and accused the company of understating the cost of the project.

IBM admitted in 2013 that, as the prime contractor, it bore some responsibility for the system failure.

However, the former Labor government surrendered its ability to sue IBM for breach of contract when it settled with the company in 2010, according to the inquiry.