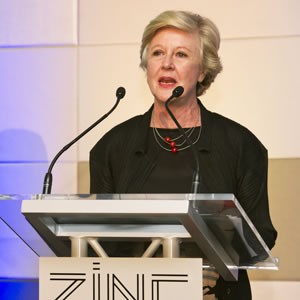 Lawyers have spoken out against the mandatory detention of children following the release of a “deeply shocking” report by the Australian Human Rights Commission (AHRC).

Claire Hammerton, spokesperson for Australian Lawyers for Human Rights, said the report revealed that the Australian government was engaged in “systematic child abuse”.

“There is no reasonable justification for the policy of keeping children in immigration detention,” she said.

The Human Rights Law Centre’s director of legal advocacy, Daniel Webb, called Australia’s treatment of asylum seeker children “one of the most punitive policy approaches in the world”.

“It’s harmful. It’s a breach of international law. It must end,” he said.

The Australian Bar Association (ABA) has called on the government to accept the report’s recommendations and release children and their families from immigration detention in Australia and Nauru.

ABA president Fiona McLeod SC said the harm to children in detention is “a matter of grave concern” and puts Australia in breach of its international obligations under the Convention on the Rights of the Child.

Ms McLeod insisted that the government amend the Migration Act to strictly limit the period of time children and their families can be detained for the purposes of health, identity and security checks.

Mr Barns said it was unacceptable to have a single child in detention and criticised the government for being in possession of the report since November without taking remedial action.

The AHRC report, The Forgotten Children, is the product of a year-long national inquiry to investigate the impact of prolonged detention on the health, wellbeing and development of children.

The report “gives a voice” to the hundreds of children still in detention by integrating findings from five public hearings, 239 submissions and over one thousand interviews with children and parents.

It presents evidence from scholarly research and Department of Immigration and Border Protection data as well as the views of medical experts and the Australian community.

The AHRC found that there were 128 incidents of self-harm amongst children in detention over a 15-month period during 2013 and 2014.

The report also revealed that children in detention were exposed to unacceptable levels of assault, including sexual assault and violence.

“Never again should any child be treated in this way in Australia’s name,” said AHRC president Professor Gillian Triggs (pictured).

Professor Triggs recently came under fire for recommending that a Papuan refugee be released from immigration detention.