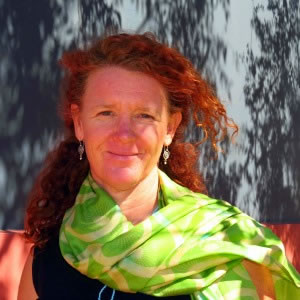 Miscommunication in the law is a major obstacle in the pursuit of social justice for Aboriginal communities, a Charles Darwin University (CDU) researcher has said.

Linguist Dr Samantha Disbray (pictured) from CDU's Northern Institute has started the Language and the Law Project to bridge the divide between Aboriginal Australians and the criminal justice system.

“The legal system is fertile ground for controversy about words and their meanings and who understands what in the context of criminal trials and other legal interactions,” said Dr Disbray.

Even seemingly minor misunderstandings can have significant implications when used in a legal context. For instance, in Aboriginal varieties of English the word ‘guilty’ can be an expression of remorse or it can indicate legally-established culpability.

The word ‘to kill’ can mean committing a violent act that results in a death, but is also a synonym for ‘hit’ or ‘beat’.

The project, which is funded by a $28,000 grant from the Law Society Public Purposes Trust, aims to reduce the “alarmingly high” incarceration rate of indigenous people in the Northern Territory by making the legal profession and justice system aware of the potential for communication issues.

“I have already visited Tennant Creek to identify ‘communication issues’ specific to speakers of the Warumungu language and the related and widely-used new language, Wumpurrarni English," Dr Disbray said.

“Two other language specialists will undertake similar work in relation to the Alyawarra and Pitjantjatjara languages."