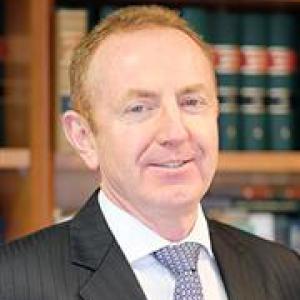 Members of the Victorian legal profession will gather to observe one minute’s silence for Andrew Chan and Myuran Sukumaran, two Australians facing execution in Indonesia.

Justice Lex Lasry QC of the Supreme Court of Victoria will briefly address the gathering before the minute’s silence, which will be held at 8.30am tomorrow, February 18, in the forecourt of the County Court of Victoria.

Victorian Bar chairman Jim Peters QC (pictured) encouraged members of the legal profession to attend the vigil to support the two Australians and join other lawyers who are opposed to the death penalty.

“The death penalty is not an effective deterrent to crime,” he said. “The sanctity of human life is not protected by this barbaric penalty; it only brutalises the community further.”

Law Institute of Victoria president Katie Miller also expressed her opposition to the death penalty and paid tribute to the lawyers who had taken numerous legal actions on behalf of Mr Chan and Mr Sukumaran.

The LIV has previously voiced strong opposition to the impending execution of the two members of the Bali Nine convicted of drug trafficking.

The vigil is also supported by the Australian Bar Association, with president Fiona McLeod SC set to attend.