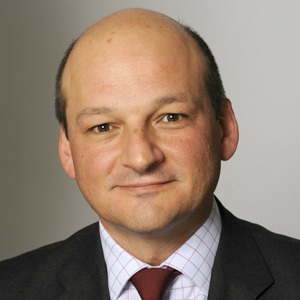 The global head of Ashurst has claimed there will be further consolidation of the international legal market and those firms that are not among the elite will have to carve out a niche to survive.

Speaking with Lawyers Weekly on a visit to Australia, Ashurst’s global chairman Ben Tidswell (pictured) said the widening gap between the top global firms and the rest of the market, which is most pronounced in the United States, would be mirrored in other parts of the world, including Australia.

To assure their survival, firms that are not part of the “very muscular front pack” need to differentiate themselves, whether through specialisation or innovation, he said.

Mr Tidswell and global vice-chair of Ashurst, Mary Padbury, were at the firm’s Sydney office this week following a global board meeting in Melbourne held on Friday 7 March.

The board’s agenda included the appointment of new partners and preparation for the UK end of financial year.

The performance of individual offices was also reviewed by the board, with Sydney labelled as one of the “success stories of the year”, said Mr Tidswell.

Strong performing infrastructure and finance practices in Sydney have propped up other offices, particularly Perth, where revenue growth has declined on previous years. Like many firms in Western Australia, the drop in mining investment has taken a toll on Ashurst’s energy and resources practice.

Generally, however, both he and Ms Padbury were positive about the firm’s financial performance over the past 12 months, highlighting increased involvement in Asia as having contributed to double-digit revenue growth for FY15.

The firm is especially interested in north Asia, recently relocating the head of its Asia practice, Matthew Bubb, to Tokyo after 10 years in Singapore.

Ms Padbury commented that the Australian firm was capitalising on the surge in infrastructure activity in the region.

Partners on the move

Ashurst’s head of infrastructure, Chris Mitchell, also left the firm to join King & Wood Mallesons in the first half of 2014.

Even so, Ms Padbury claimed these and other partner defections have not weakened the local infrastructure practice or disadvantaged the firm when dealing with Asia.

She pointed to the June 2014 hire of former Clayton Utz partner Angus Foley for Ashurst’s infrastructure practice in Sydney, and the high-profile infrastructure work undertaken by Sydney partners Lee McDonald and Harvey Weaver, as examples of Ashurst’s strength in this area.

Mr McDonald recently led the Ashurst team that advised Transport for NSW on its $2 billion contract with the ALTRAC consortium for the new Sydney CBD and South East Light Rail line.

Commenting on the deal, Mr Tidswell said transport was an important aspect of the firm’s infrastructure practice.

“Infrastructure covers a broad range of areas and we’re being careful about where we see our strengths and pushing into those angles deliberately,” he said.

Aside from Australia and Asia, the United States and the Middle East are also providing opportunities for lucrative infrastructure work, Mr Tidswell added.