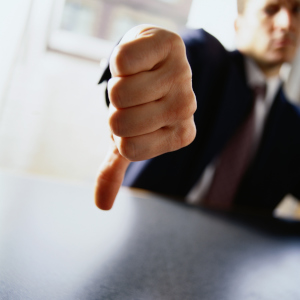 The Australian Law Students’ Association (ALSA) has claimed that the Senate rightly blocked the federal government’s Higher Education and Research Amendment Bill, which could have prevented poorer students from gaining a law degree.

The Bill, which was passed in the House of Representatives in February, was voted down in the Senate by 34 votes to 30 on 17 March.

The legislation would have uncapped university fees and allowed institutions to set their own prices for tertiary courses.

ALSA said law students have expressed concerns that the Bill could have resulted in higher university fees, with no guarantee that the extra funds would be used to improve legal education.

The student body also cautioned against measures that could “marginalise or disenfranchise students from a variety of socio-economic backgrounds from accessing legal tertiary education”.

Another legal body has claimed the reform could unfairly disadvantage women in the law.

Victorian Women Lawyers (VWL) convenor Kirsten Adams said the proposed legislation could lead to an increase of $100,000 to $200,000 in the cost of law degrees and see women lawyers carrying HECS debts longer than their male peers.

“Some of our members are already facing greater debt when studying law at a postgraduate level, as Australia has had a deregulated fee system operating for some time at that level.”

Statistically, women take longer to pay for those fees under the HECS system due to a number of factors, including career interruption, she added.

While ALSA welcomed the Senate’s rejection of the Bill, it maintained that higher education reform is necessary, including the expansion of the current FEE-HELP cap.

Law students are also required to pay for practical legal training on top of the cost of a JD, which tips even more students over the FEE-HELP limit.

According to ALSA, the high cost of legal education places a significant financial burden on law students and deters many from working in community legal centres or the broader public sector.

The association urged the federal government to consult with educators and industry bodies on the issue of higher education reform so that future bills better represent the interests of tertiary students and the wider community.