Home/
News/
Do we need quotas for female judges?

Do we need quotas for female judges? 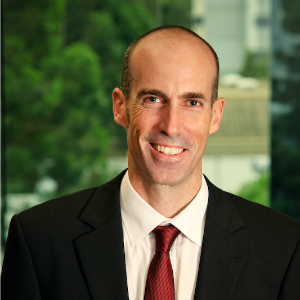 Federal Court judge Michelle Gordon became the fifth woman to be appointed to the High Court in more than 100 years this month, raising the question of whether action is necessary to ensure diversity in the judiciary.

Her appointment brings the number of female judges to three out of seven, returning the even split of genders that prevailed before Justice Geoffrey Nettle replaced outgoing Justice Susan Crennan in December 2014.

“There was some concern that perhaps the female membership was on the decline and that has clearly not been the case,” Professor Andrew Lynch (pictured) from UNSW told Lawyers Weekly.

After the High Court male-female ratio dropped to 5-2 in 2014, some in the profession argued that there should be a quota to assure equal representation of women.

“I didn’t feel that was necessary, but it would be good to see a convention develop that the Court should have as near to an equal gender split as is possible,” Professor Lynch said.

Although little over a decade ago all the judges on the High Court were men, appointing equal numbers of men and women has quickly become accepted practice.

The political backlash in 2003 after the Howard government appointed Dyson Heydon to replace the court’s first woman, Mary Gaudron, has meant that no reasonable government would seriously consider failing to address the issue of gender balance in the High Court.

“The spectre of having an all-male final court … just look[s] so unsatisfactory,” said Professor Lynch. “Even though for much of the 20th century that was the norm, really no government would countenance the idea that the final court should be absent of faces which represent 50 per cent of the community.”

At some level, the whole point of an appellate court having a larger panel of judges is to allow for disagreement and diversity of opinion, he continued.

“Why establish a court with seven judges if the idea is that on every occasion those seven judges will say exactly the same thing?

“The idea is that the matters they hear are at the pointy end of complexity and [will] benefit from an exchange of different viewpoints and perspectives.”

Professor Lynch said it was important that the judiciary resembles the community and that this was particularly crucial in the High Court, given the court’s prominence at the apex of Australia’s judicial system.

Although the empirical research is often inconclusive, it is the experience of many judges that diversity contributes to merit.

“You get a richer quality of judicial decision-making in a system where there are voices informed by those different experiences and perspectives,” Professor Lynch said.

Courts across the country

One additional female judge on the High Court does little to address the absence of women in the judiciary more broadly, according to Professor Lynch.

“The High Court gets a lot of attention as the national court, [but] I don’t think we can look at it say that there isn’t work remaining to be done more generally,” he said.

The Victorian Government brought in a 50 per cent quota for women in all courts in March, to address the fact that only a third of Victorian judges are women.

The proportion of female judges ranges from 28-37 per cent in all states and territories except the ACT, where 55 per cent of judges are women, according to the Australasian Institute of Judicial Administration.

One of the problems is that politicians are often uncomfortable talking about diversity when making judicial appointments, preferring to focus on merit to prevent any suggestion of tokenism.

This diversity-blindness “tends to prop up fairly established patterns of appointment”, Professor Lynch said. It also goes against the grain of a lot of emerging academic literature and the experience of judges, which indicates that who the judge is actually matters, he added.

“If you talk to any member of the profession they will acknowledge that judges are not robots, they are different people and they bring to the task of adjudication different life experiences.”

The sole female member of the 12-member UK Supreme Court, Baroness Brenda Hale, for instance, has been very candid in saying that her gender has made a difference in some of her judgements, he said.

“She has also pointed out that her gender is not the only way it is different; the fact that she has an academic background as well as [being] a family lawyer rather than, say, a commercial lawyer [also sets her apart].”

Quotas are not the only way to ensure diversity of gender, ethnicity, race, professional background and residential location, according to Professor Lynch.

One way to create a more representative judiciary is to develop clear and articulated processes of judicial appointment that express diversity as “an aspiration underpinning those processes”.

Do we need quotas for female judges?