How to reduce Indigenous imprisonment rates 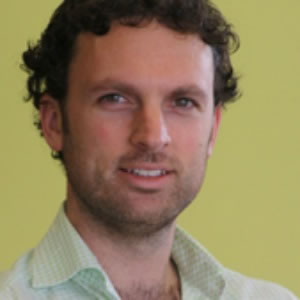 Addressing the underlying causes of crime is the best way to prevent Indigenous Australians being put behind bars, according to a leading human rights advocate.

“There is the clearest of evidence that people who come into the prison system are people who experience multiple and complex forms of social and economic disadvantage,” said Ben Schokman (pictured), director of international advocacy at the Human Rights Law Centre (HRLC) .

“So it is no accident that Aboriginal and Torres Strait Islander peoples, who are disadvantaged on every single social and economic indicator, are also so significantly over-represented in the criminal justice system.”

Mr Schokman spoke to Lawyers Weekly ahead of an event, Breaking the cycle of Aboriginal over-imprisonment, to be hosted at King & Wood Mallesons’ Melbourne office on 18 May.

This event is part of the National Justice Coalition’s Change The Record campaign, launched last week, which aims to reduce the numbers of Aboriginal and Torres Strait Islander peoples within Australian prison populations.

The campaign, which has the support of the Law Council of Australia and the Australian Bar Association, puts forward 12 key policy solutions to address crime by focusing on the issues of poverty and disadvantage.

“The solutions are based on data and evidence of what works, rather than ill-conceived law and order campaigns continually run by politicians,” Mr Schokman said.

Aboriginal and Torres Strait Islander people represent only 3 per cent of the total population, yet more than 28 per cent of Australia’s prison population.

Indigenous men are twice as likely to be in prison than in university, while Indigenous women are 34 times more likely to be hospitalised as a result of domestic violence than their non-Indigenous counterparts.

“It is clear that current approaches to addressing these problems are just not working,” Mr Schokman said.

At $100,000 per person per year, prison sentences are an expensive way to punish individuals and, at the same time, provide little in the way of rehabilitation and support that could help address the root causes of violent and unlawful behaviour.

“Prison is actually a very blunt and extremely costly response to reduce crime, which takes place after the damage is done,” Mr Schokman said. “There needs to be much more done to prevent crime in the first place. Such measures will not only be much more effective, but will also save millions of dollars wasted on correctional spending.”

To take just two examples, people who end up in the child protection program or are victims of domestic violence are significantly more likely to come into contact with the criminal justice system later in life, he said.

The countries that are most successful in reducing crime recognise that getting tangled up in the criminal justice system represents a failure of society rather than a personal failing, he added.

“[People in prison] are people for whom the educations system did not work, the health system has not been appropriate and so prisons are seen as places where much more holistic and personalised support can be provided.”

In step with this line of thought, the first policy position in the Change the Record plan is to recognise that “every dollar spent on prisons is one less dollar available to invest in … education, health, disability, housing, employment and other programs”.

Mr Schokman argues that the best way to solve a community problem such as crime is to ask communities themselves.

“Government responses must focus on … empowering communities to take ownership and control over identifying solutions,” he said.

Pilot programs around Australia are putting this into action. For instance, a program aimed at involving the community is under way in Bourke, which had the highest rate of assault, break-ins and car thefts in NSW in 2013.

There are also successful initiatives that can help individuals during their interactions with the criminal justice system.

The Koori Courts in Victoria, for example, take a much more therapeutic approach to crime and allow the participation of the Aboriginal (Koori) community in the court process.

Of course, the simplest way of reducing the number of Indigenous people in prison is to reconsider prison as a sentencing option for minor crimes.

“In many instances, sending a person to prison is unnecessary and can contribute to further involvement in the criminal justice system,” the Change the Record policy states.

“We need to rethink the costly practice of keeping people behind bars and consider more effective community options.”

How to reduce Indigenous imprisonment rates