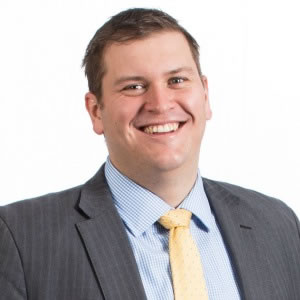 The Sunshine State continues to be a major hub for resources deals, supplying most of finalists in the Lawyers Weekly 30 Under 30 Energy & Resources category.

He was also involved in native title negotiations between Senex Energy and traditional landowners, as well as between Glencore Bauxite and the Aurukun community and Ngan-Aak Kunch Aboriginal Corporation.

Suzanne Brown created McKays Solicitors’ Mining Team at the age of just 26 after identifying a gap in the Mackay market.

In the past three years the practice has attracted high-profile clients such as PIMs Group, the second-largest underground coal contractor in Queensland. Ms Brown has also been appointed a director of the North Queensland Bulk Ports Corporation and chair of the Human Resources and Industry Relations Committee.

Ms Warner also completed a secondment at Origin Energy, where her manager, Martin Aylward described her as “an inquiring lawyer with sound commercial acumen”.

As part of global firm King & Wood Mallesons, Carolyn Wong has become the lead senior associate for the BG Group, co-leading the $5 billion sale of its export pipeline.

Ms Wong is an example of a fly-in, fly-out lawyer, servicing clients in Queensland but living in Melbourne. She encourages other organisations to adopt flexible working policies, saying “flexibility and mobility are paramount, particularly for women”.

Meanwhile, Eugene McAuley is an associate at three-office firm McCarthy Durie, with a specialisation on landholder rights.

The Energy and Resources Award will be presented at the 30 under 30 gala event in Sydney - secure your tickets here.