Home/
News/
How will the Uniform Law affect your practice?

How will the Uniform Law affect your practice? 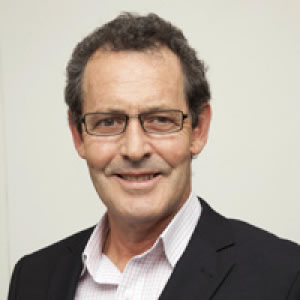 Changes to cost disclosure protocols and complaint time frames are among the Uniform Law provisions that will most affect lawyers, according to the NSW Legal Services Commissioner.

The Legal Profession Uniform Law Application Legislation Amendment Bill 2015, introduced into federal parliament in May, will unite almost three-quarters of the Australian legal profession under one regulatory umbrella.

The release of the final Legal Profession Uniform Rules yesterday puts the government on track to roll out standardised regulations for NSW and Victoria on 1 July.

Speaking to Lawyers Weekly, NSW Legal Services Commissioner John McKenzie (pictured) said there are a few legislative loose ends to tie up before the Uniform Law comes into effect, but that he was confident the July deadline would be met.

Mr McKenzie said there were major changes with which practitioners should familiarise themselves. He intends to work with legal bodies in coming months to raise awareness of the reforms and help the profession adjust.

“There are changes in relation to do’s and don’ts [around] legal fees and costs to clients,” he said. “Cost disclosure is being overhauled, to a certain extent.”

A “new fundamental principle” will govern billing practices under the Uniform Law.

“There must be informed consent by the client about the course that the matter is going to take and how it is going to be run, but also about the estimated costs,” Mr McKenzie said.

“If, during the course of the matter… [an] earlier estimate is no longer accurate but will be exceeded, then the lawyer has an ongoing responsibility to make sure they communicate that to the client.”

Lawyers are required to make sure the client understands what is being proposed, for instance with a face-to-face or at least a telephone conversation.

“That is perhaps the biggest day-to-day change that the legal profession is going to experience once the Uniform Law comes into operation.”

“I underline the word estimate; no one can realistically give a formal and binding quote and they are not being asked to,” Mr McKenzie said.

Another change lawyers and clients should be aware of is the reduction in time limits around complaint processes.

“I don’t think it’s a big change,” he said. “There will be some shortening of timeframes. The idea is to try to expedite matters so there is a much earlier resolution and, hopefully, a much lower cost both to the practitioner in his or her time [and] to the client.”

A further reform, which will affect lawyers working in personal injury law, is the removal of the 2005 prohibition on advertising in NSW.

Victoria never introduced legislation restricting advertising by personal injury lawyers. NSW is removing this law by way of compromise to facilitate the union of the two jurisdictions.

How will the Uniform Law affect your practice?

FROM THE WEB
Recommended by Spike Native Network

Guilty parties remain free in ‘chilling’ Witness K prosecution ‘Be bold’: Chief Justice delivers powerful speech on future of female lawyers Elderly are forgotten by the law ‘He was just doing his job’: Commission finds police unfairly targeted solicitor Legal tech is booming, but where are the grads?