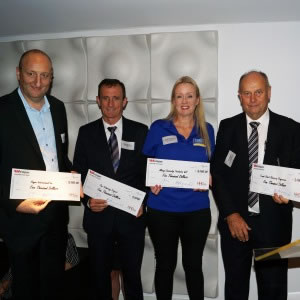 HHG Legal Group has rolled out a long-term plan to support four charities.

Through HHG Giving Back, launched on 7 May, the firm has committed to giving $100,000 every year, on top of pro bono work, to local charitable organisations.

“HHG Legal Group is to be applauded for setting up HHG Giving Back,” Mr Mischin said.