Disclosing mental ill health should not cost your career 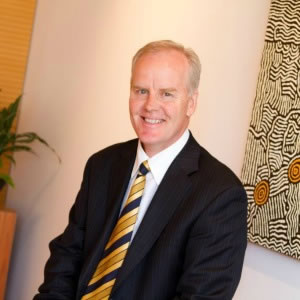 With a high proportion of lawyers experiencing severe psychological distress at some point in their career, the lack of personal stories from lawyers with mental health issues is troubling.

The silence is unsurprising, however, as many lawyers fear that admitting to mental ill health at work could prompt employers to question their competency and could affect their career progression.

Last week Lawyers Weekly published an article in which Justice Shane Marshall called for young lawyers to share their experiences of mental illness.

One reader wrote in response, “I sincerely respect Justice Marshall's decision to speak out, but … for my part, being open and honest about my mental illness in the workplace feels synonymous to … committing career suicide.”

Mr McGarvie said it has been the board’s policy since 2010 to not require disclosure of mental ill health to the regulator “unless it is untreated, uncontrolled and impairs a person from meeting their professional obligations”.

Speaking with Lawyers Weekly, Mr McGarvie elaborated on his remarks, saying that, as a regulator, he has seen how mental illness can play a part in the breakdown of lawyer-client relationships and result in complaints.

“Both of those things increase the risk of a complaint from a client because clients need to receive adequate communication and competent advice.”

However, supressing conversations about employee mental illness only exacerbates a problem that could otherwise be remedied, he continued.

“Increasingly, wise, organised, thoughtful firms … do not allow there to be a stigma around admitting mental ill health,” he said.

“[These firms] put an awful lot of effort into managing [mental health] as they do into managing every other human condition, including fatigue, confusion, happiness, sadness … [and] commitments outside work.”

The reality of mental illness in the profession “behoves all of us to eliminate activities and systems of work that unnecessarily, inappropriately and sometimes unlawfully add to these stresses on a lawyer”, he continued.

Mr McGarvie said the board has endorsed the Tristan Jepson Memorial Foundation guidelines to help create a psychologically healthy workplace for its 80 employees and encourages firms to do the same.

He called for the new Legal Services Council to consider adopting the Victorian policy on mental health disclosure once Victoria and NSW come under the same regulatory framework in July.

The Law Society of NSW told Lawyers Weekly that NSW does not currently have a similar disclosure policy to Victoria and that there is a power to require practitioners to be medically examined when deciding whether to grant, renew or suspend a practising certificate.

Legal Services Commissioner NSW John McKenzie said that mental health issues are sometimes raised by practitioners in defence of an investigation or prosecution by his office. The question of ongoing, effective treatment can be relevant to the assessment of a lawyer's fitness and propriety in these instances.

So what are the consequences of admitting to a mental health problem and could it affect the way your colleagues or clients view you?

Mr McGarvie explained that it is much harder to acknowledge mental ill health than physical ill health because of a perceived or actual sigma associated with mental illness.

However, openly discussing mental health in the workplace should be viewed positively as it encourages people to seek medical treatment early for exiting conditions.

He was doubtful that clients would look unfavourably upon lawyers or firms that are transparent about managing mental health issues.

“Clients understand that their service providers manage health and servicing issues just as anyone else in the community,” he said.

“I don’t know that clients these days are likely to be surprised that their excellent professional service providers might be managing either physical … or psychological conditions that are testing.”

Mr McGarvie said part of planning for the “ups and downs of professional services life” is discussing the possibility of mental health problems.

“If the regulator and mentors are talking about the likelihood of mental ill health than it wouldn’t be seen by the [younger] lawyer as such a shocking thing to admit, especially if treatment is so readily available and encouraged by the regulator,” he said.

Disclosing mental ill health should not cost your career