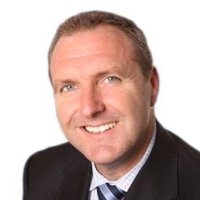 Lawyers are expecting a boost in transaction work now that the China-Australia Free Trade Agreement (ChAFTA) has been signed.

Speaking to Lawyers Weekly, Baker & McKenzie M&A partner John Mollard (pictured) said deal flow between China and Australia will increase once the ChAFTA, which was signed by both countries yesterday (17 June), is ratified.

“This is good news for the Australian legal sector,” Mr Mollard said.

The ChAFTA promotes Chinese investment in Australia by relaxing regulatory barriers. For example, investment proposals by Chinese businesses that fall below the $1.078 billion threshold will not require approval under Australia’s foreign investment rules.

Mr Mollard said M&A teams would not be the sole benefactors of the new regime; property practices were also likely to gain work as Chinese property developers would no longer be required to seek approval for Australian projects below the value threshold.

While the ChAFTA does not afford greater rights to Australian lawyers, Chapter 8 (Trade in Services) states that Australian lawyers will be granted the same level of market access that has been extended to other countries.

A commitment has also been made to support the mobility of Australian and Chinese lawyers, including through temporary entry measures that facilitate professional secondments and exchanges between the countries.

Mr Mollard commented that the ChAFTA is evidence that Australia’s relationship with China has taken “a significant step forward”, despite it falling short of lifting restrictions that prohibit foreign firms and lawyers from practicing Chinese law.

To get around this issue, many Australian firms have struck informal alliances with Chinese firms in order to act in matters involving local law. However, the first attempt by an Australian firm to truly embed itself in China came in 2012 with the formation of King & Wood Mallesons.

More recently, Bakers and Beijing firm FenXun Partners were given the green light by the Shanghai Bureau of Justice to run a joint legal operation in the Shanghai Free Trade Zone. The scheme is the only formal structure under which a foreign firm and a Chinese firm can jointly execute work in China. It also allows secondments of lawyers between firms.