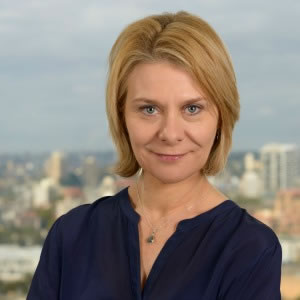 The first female Crown Solicitor of New South Wales says women in the legal profession need to speak up at meetings and demand more challenging work.

Lea Armstrong (pictured) told Lawyers Weekly the biggest hurdles female lawyers face today are “being heard and being recognised for their achievements”.

“There are so many talented female lawyers who … work very hard,” she said. “[But] they can be quieter. With some exceptions, women don’t tend to speak up as much, for whatever reason.”

Ms Armstrong said women sometimes lacked confidence and may not be encouraged to contribute as much as their male colleagues.

“Women certainly don’t take up as much oxygen,” she continued. “That is something I want to particularly focus on at the Crown Solicitor’s Office; really just recognising that often women can bring something different to the table.”

Ms Armstrong said having women in senior roles in the public service and in government was incredibly valuable for younger women.

“It is really important to be visible in government for younger women to aspire to those positions.”

The public service in NSW probably lags behind the law in terms of the proportion of women in key positions, according to Ms Armstrong. At the Crown Solicitor’s Office, however, over 70 per cent of legal staff are female.

She believes women need to “put their hands up for more challenging work” and that the profession has to accommodate lawyers with parental responsibilities so women can rise to senior positions.

As a mother of two teenage boys, Ms Armstrong is intimately familiar with the stresses on lawyers with caring responsibilities.

“I certainly couldn’t have got to where I am now without a very supportive partner,” she said. “He has done an awful lot of the pickups from school to take [our children] to soccer – those sorts of things – so I could stay back at the office working on the big matters.”

Ms Armstrong said her work is often all-consuming, but that she puts aside time to watch sport with her sons and has, albeit neglected, passions for theatre, movies, travel and reading.

“I love watching AFL,” she said. “Both my boys play AFL and I support the Sydney Swans.”

Lawyers Weekly asked Ms Armstrong: “If you could change one thing about the legal profession, what would it be?” She replied: “At a solicitor level, I would like to see lawyers more courteous to each other.”

When lawyers are acting for opposing clients in a litigation they can sometimes become very antagonistic, she continued.

“Even though you are on opposite sides, respect and courtesy [are important]. I’m not saying that’s not there, but I think sometimes it gets lost.”

Looking in from the outside

Ms Armstrong feels at home within the Crown Solicitor’s Office, having spent 18 years there working in a wide range of roles.

For the past year Ms Armstrong has worked in-house as the NSW Treasury’s first general counsel. She said this has given her a client’s perspective on what the Crown Solicitor’s Office does well and how it could improve its delivery of services.

“It is impossible to get that [insight] when you are in the same place the whole time, wherever you work,” she said. “It is just good to bring an outsider’s perspective.”

Ms Armstrong will invite stakeholders and clients to discuss how the Crown Solicitor’s Office can better meet their needs in her first initiative as Crown Solicitor.