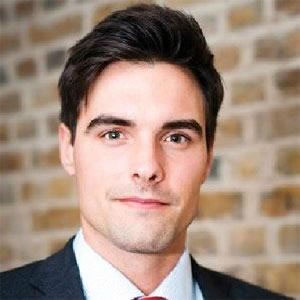 Forty per cent of job-seekers will turn down a role that does not meet their flexible working needs, a new study has revealed.

Despite the appetite for flexibility, only 35 per cent of employers actively promote flexibility in the workplace, according to Robert Walters’ recent survey of about 1,500 professionals in Australia and New Zealand.

Mr Eckardt said high salaries are no longer the “be-all and end-all” for prospective employees.

Promoting flexibility at the recruitment stage could attract a larger, broader pool of candidates as well as producing more elasticity in preferred salaries.

“You could potentially compromise on not offering quite as high salary [if you offer greater flexibility],” he said.

The survey indicated that 88 per cent of job seekers are more likely to consider a role if flexible work arrangements are advertised.

In Mr Eckardt’s experience, the results of the study broadly reflect the legal profession. “But it does vary quite dramatically across legal,” he added.

He said in-house teams were much more forward thinking when it comes to allowing employees to work from home but that private practice is beginning to recognise the value of flexibility.

“A lot of law firms are trying to incorporate flexible arrangements into their offers,” he said.

There is no significant difference between small and large firms; both are making headway in rolling out flexible work practices, he continued.

Lawyers are not likely to turn down a good job offer based on the flexible work options alone, according to Mr Eckardt. However, flexibility becomes more of a deciding factor when job seekers are uncertain about whether to accept a position.

The study indicated that there are many barriers to creating a culture where employees feel that they can take up flexible working arrangements without negative consequences to their perceived work ethic.

Over half of respondents feared co-workers would judge them harshly for working flexibly. Forty-three per cent said they worried that adopting flexible work practices would have negative career consequences.

Law firms ostensibly have good flexible work policies but do not always have a culture where employees feel comfortable working flexibly.

A study of 66 organisations by the Workplace Gender Equality Agency between 2013 and 2014 showed that law firms offer greater flexibility than industry in general.

However, Lawyers Weekly has previously reported that some firms actively dissuade lawyers from taking up these options by reserving interesting or challenging projects for full-time employees.

A lack of genuine encouragement for employees to work flexibly is implicated in the high attrition rate of women in the profession.

Another problem is that legal practice does not always lend itself to flexibility, Mr Eckardt said.

“Law firms can go to the enth degree to make it work, [but] if a candidate working on a big litigation matter that is going to court tomorrow, it is likely that they are going to be working late and their flexibility arrangements are going to slip.”