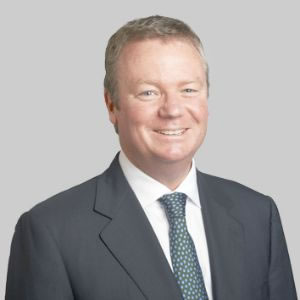 An influential lobby group has changed its name following the appointment of an Allens partner as its chair.

Ross Drinnan from Allens (pictured), who was elected Large Law Firm Group chair in March, told Lawyers Weekly the name was coined 20 years ago, but the new identity better describes its membership.

“It was felt, particularly having regard to the fact that all the firms we represent operate internationally, we needed to describe ourselves in a way that better reflected the work we do and the practices of those firms,” Mr Drinnan said.

Mr Dinnan suggested the group would continue to advocate for more effective national regulation of the profession.

“At the moment, as you'll appreciate, there are different systems of regulation for lawyers across all states and territories except New South Wales and Victoria, which have now adopted the new Uniform Law,” he said.

“It's the objective of this group to continue the discussion, because we see it as an important issue for ensuring microeconomic reform and the ability to deliver services efficiently and under the lowest possible cost structure.”

Under his guidance, Law Firms Australia will collaborate with other professional groups to push its platform.

“We look forward to continuing to work collaboratively with the law societies around the country, and the Law Council of Australia, to address the ongoing challenges the profession faces in terms of the changing environment, technology and disruption,” he said.

Mr Drinnan is the head of Allens’ commercial litigation and dispute resolution practice.

He replaces Clayton Utz partner Stuart Clark, who acted as chair for three years and is president-elect of the Law Council of Australia.