Home/
News/
Judges over 70 have more to give: WA chief justice

Judges over 70 have more to give: WA chief justice 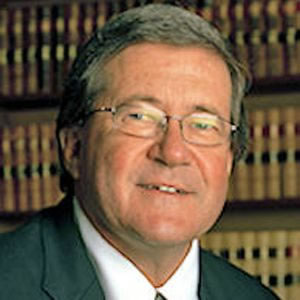 The age limit on judges should be lifted, the Chief Justice of Western Australia, Wayne Martin, argues.

Currently, judges must step down from the bench when they reach the age of 70.

“A lot has changed in the 78 years since that legislation was enacted, including changes in life expectancy,” said Justice Martin (pictured) in a farewell speech to Justice Eric Heenan.

Justice Martin said the average life expectancy in 1937 was 46 years, according to the Australian Bureau of Statistics.

“By contrast, a male born in Western Australia in 1971, who might now be a judge of the court, has a life expectancy of 68 years,” he said.

“It seems to me that it might be time for parliament to reconsider the age at which judges are required to retire in light of these significant demographic changes.”

Justice Martin said that Justice Heenan “does not go gently into that good night of retirement” and provides a good example of a judge who could continue to contribute if he were not forced to retire.

Attorney-General Michael Mischin has said he will consider the proposal.

Judges over 70 have more to give: WA chief justice