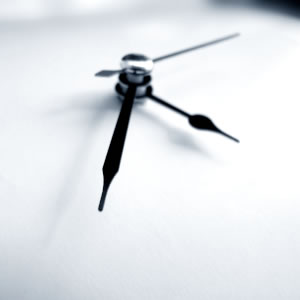 A ‘perfect storm’ of market conditions is challenging the traditional law firm model, but embracing new forms of labour is a good survival strategy, says one business consultant.

The concept of a ‘flexi lawyer’ is one that NewLaw firms have readily integrated into their business models, and one that BigLaw firms should consider adopting, according to business consultant Dr George Beaton.

Under the 'flexi lawyer' model, instead of employing a large number of permanent staff, “you only pay lawyers when you've got work to pay them from – freelance lawyers essentially”, he said.

“Think of advertising agencies or market research houses: For decades now they have been using freelancers – there is every reason why law firms should do the same.”

‘Flexi lawyers’ allow law firms to have a variable cost of labour and meet client pricing demands, which are only intensifying with time.

“[Under the BigLaw model] fixed labour is there waiting for the next big job even if there is not enough work for them on a continuous basis,” said Dr Beaton.

While there is “no fixed formula or recipe” for overcoming the challenges posed by a rapidly changing legal landscape, Dr Beaton said experimenting with 'flexi labour' is a relatively easy first step.

“You can start in a part of the firm … and as you learn how to do it and as the appetite grows, so you can grow it,” he said.

Dr Beaton recommended focusing on changes to labour first because these are possible to complete in a short period of time and are less likely to bring a negative return.

“Start with a return that is likely to be positive and that's going to be in labour. And once you've got the appetite and the recognition [then] it will grow.”

The “very high fixed costs” of BigLaw are unsustainable in the emerging market, according to Dr Beaton.

“These high fixed costs are causing stress in an environment where clients are forcing the price down,” he said.

However, many of these costs – such as lavish offices – are difficult to adjust in the short term.

“Getting out of a fixed cost lease can take you five to ten years,” he said. “Converting to a paperless office, for example, can take five years and be quite costly.”

While law firms might hope that the current conditions are a hangover from the global financial crisis, fundamental economics beyond the cycle are putting their business model under severe stress, he continued.

“The BigLaw model has been around in its current form since the Second World War. It has served clients and owners and employers … extraordinary well but, like all business models, they eventually run out of puff.”

Changes in technology, the purchasing strategies of clients and the oversupply of legal service providers are “conflating to produce, in a sense, a perfect storm”, he concluded.

Dr Beaton’s vision for BigLaw is captured in his new book, Re-making Law Firms - Why and How, which will be released in January next year.

He is also speaking at the upcoming Australasian Legal Practice Management Association summit, to be held on the Gold Coast on 9-11 September, on the topic Remaking Law Firms: Imperatives & Opportunities.