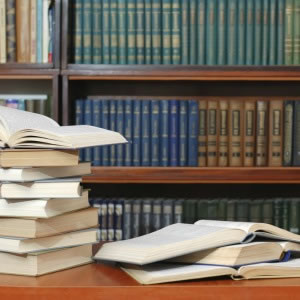 A growing number of law students are concerned their law degree is a revenue-raising exercise for the universities, a leading student body has claimed.

“Students are concerned about the quality of the law degree and whether it is a degree which has value for money or whether it is being used as simply raising revenue for the university, while the revenue is being invested into other areas such as science and medicine,” Ms Iskander said.

“These concerns are heightened with some students indicating that their universities have introduced online law degrees, which will be relatively inexpensive to facilitate and will bring in a significant amount of revenue for the university.”

Graduates are facing a highly competitive job market, she said, a situation set to worsen as law schools increase their intake.

“ALSA are of the position that there is still an oversupply of graduates because of the increasing sizes of law schools and the duplication in the number of law schools across the country, as well as the tightening job market which is a result of a myriad of factors such as funding cuts to the public sector, a reduction in the number of grads that law firms are taking and so forth,” she said.

“Many who have undertaken the Juris Doctor particularly expressed concerns in their survey responses, highlighting that they undertook the postgraduate law degree to further their job prospects. Instead, they are facing the worrying reality that there are fewer jobs available for law graduates as well as the fact that they are completing their degrees with a sizeable student debt.”

ALSA is currently seeking submissions to its national advocacy survey, which will examine law student attitudes towards their degree and the legal profession.

Initial survey results reflect the concerns raised by Ms Iskander, with almost 90 per cent of respondents so far indicating they believe there is an oversupply of graduates.

One student reported their fear that “too many law students [graduating] devalues my degree”.

Another indicated that the tight job market “added exponentially to the amount of stress I feel”.

“It greatly affects my work/life/study balance. Ironically, this also impacts on my grades,” the student wrote.

To address the over-supply of graduates, ALSA is campaigning in the universities to provide students with more information about their job prospects, including offering alternatives to the big firms.

The organisation is pressuring the government to increase public sector funding, as well as to provide incentives to lawyers to head to rural or regional areas.

“ALSA is of the strong belief that the funding crisis affecting the public sector and community legal sector is having an adverse impact on our law graduates as well as the broader community who are desperately in need of legal advice, assistance and representation,” Ms Iskander said.

Other issues raised by students include proposed higher education reforms and current fee structures, including the cap on Fee-Help precluding JD students from accessing funding for practical legal training.

The pressure to take on internships and unpaid work was also flagged by a number of students.

Last Updated: 03 August 2015 Published: 04 August 2015
The Women in Law Awards is the benchmark for excellence, recognising the empowering women influencing the Australian legal profession, celebrating the female leaders, role models and future champions of the industry. Register for the waitlist today for the opportunity to attend this remarkable awards ceremony and network with top legal professionals and fellow peers.
Visit womeninlaw.com.au