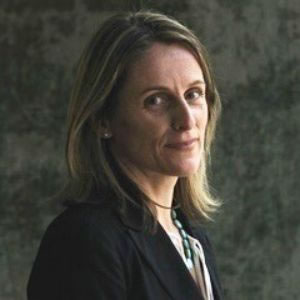 The legal team behind the Carmichael coal mine suit has criticised Attorney-General George Brandis for calling for changes to environmental laws in order to restrict “vigilante litigation”.

Senator Brandis said legislative reform is needed to prevent the rise of “lawfare”, where community groups use the courts as a political weapon.

“[The use of terms like 'lawfare' and 'vigilante litigation'] really reflect a disrespect for the judicial system and the community's right to participate in that system,” she said.

Ms Higginson recently acted for Mackay Conservation Group in a Federal Court case, which successfully challenged the government’s approval of the $16 billion Carmichael mine in Queensland.

The ruling, handed down earlier this month, found that the Commonwealth government had failed to take into account advice about two vulnerable species when approving the mine.

Senator Brandis said he was “appalled” by the court’s decision to revoke approval for Australia’s largest coal mine. He criticised standing provisions in section 487 (2) of the Environment Protection and Biodiversity Conservation Act, under which the challenge had taken place.

He said the “extremely loose” statutory language allows people with “political vendettas against development [to] game the system”.

Senator Brandis said the current laws made it possible for “virtually anyone” who had engaged in conservation or environmental research in the past two years to challenge determinations.

Ms Higginson said community-led court action has a long history in environmental law and that these standing provisions are working as they should.

“The very nature of environmental challenges [is that they] are ordinarily brought by members of the community that don't have a private or a propriety or a financial interest,” she said.

It is for this reason that the EPBC Act allows for community members to bring claims.

“These laws are historic. They have been accepted by governments of all walks as being a necessary component to the system of environmental law,” Ms Higginson said.

She said the Adani Carmichael Federal Court litigation is “testament to the rule of law and our current laws working really well”.

“The government made an error of law, the community was able to highlight that error of law in an independent centre of arbitration, namely the judiciary," she said.

“And the government itself responsibly conceded its defeat so the matter was never required to go even to a full hearing.”

Ms Higginson argued that, if anything, the Commonwealth laws were too restrictive, given that under state legislation any individual can bring a claim without needing to prove that they have background in conservation.