Home/
News/
Fresh approach to divorce is much needed

Fresh approach to divorce is much needed 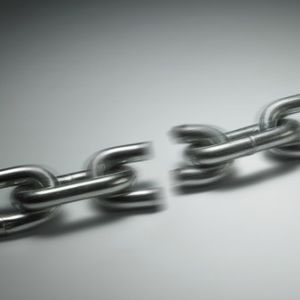 The traditional legal approach to divorce is outdated and there’s a demand for alternative solutions, according to a family law attorney.

Sole practitioner of Daniel Lew Le Mercier & Co, Anne-Marie Cade, who has spent eight years working as an attorney, said the traditional model of divorce isn't the best option for everyone.

“I find [the old approach to divorce] is out of date because, while the adversarial process works for certain situations, in most instances the clients just want to move on and they just need some assistance through a mediation procedure,” Ms Cade said.

“You start off on the wrong foot when one spouse sees a lawyer and then the other spouse gets a summons in the mail – they're not going to react well to that – whereas if they both sit down and decide it’s not working, couples will see sense; most of them do.”

Ms Cade made reference to Gwyneth Paltrow and Chris Martin’s divorce, which they described as a ‘conscious uncoupling’, and that it could be a new trend with the new generations.

Ms Cade has launched a new service in response to this gap she identified in the market called DivorceRight – an alternative approach to divorce where both parties attend mediation sessions to come to an agreement about what they want to do with a focus on what’s best for their children.

The mediator provides both parties with access to independent legal advice, accountants and counsellors, and the whole process is offered at a fixed fee of $3,000 to $15,000.

“The main focus of this is really to make it a more child-centred approach. Our goal is to assist people to reach an agreement and move on in the best interest of all the parties,” Ms Cade said.

“Marriage doesn't start with lawyers and legal agreements, so there's no reason for it to end like that.”

DivorceRight currently operates in Victoria, but Ms Cade has plans to expand to NSW and then other states later down the track.

Fresh approach to divorce is much needed