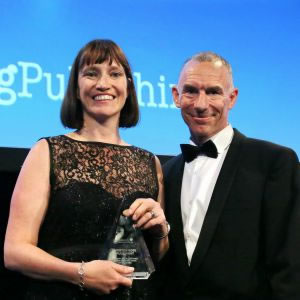 This year the number of group and practice area’s recognised at the Australian Law Awards tripled from three to nine, to take into account the diverse range of work at Australian firms.

One of the new categories, Intellectual Property Team of the Year, went to Gilbert + Tobin, which recorded a successful year in each of its IP practice areas – patents, copyright and trademarks/brands.

Gilbert + Tobin’s IP team has “demonstrated it is a real thought and practice leader in the IP area, with great depth and breadth of expertise and experience,” according to one of the judges, who praised the firm’s digital presence and its decoder IP blog.

Hall & Wilcox was awarded Insurance Team of the Year for its commitment to servicing insurers, reinsurers and corporates through a dedicated insurance practice for more than 70 years.

Hall & Wilcox’s insurance team was involved in the Kilmore East class action case that emerged from the Kilmore East bushfire in Victoria on 'Black Saturday' in 2009. The class action is the biggest and most complex of its kind in Australian legal history, which settled for a record amount of just under $500,000,000 last year.

“Norton Rose Fulbright has built quite an impressive workplace relations team in Australia, acting for some high-profile clients on some complex, and I am sure at times difficult, workplace and industrial matters,” one judge said.

The Banking & Finance Team of the Year went to King & Wood Mallesons, which worked on some of the largest financial matters in Australia over the last 12 months.

King & Wood Mallesons has a broad client-base including major domestic and international banks, investment banks and leading corporates, for which they act on many cross-jurisdictional cases.