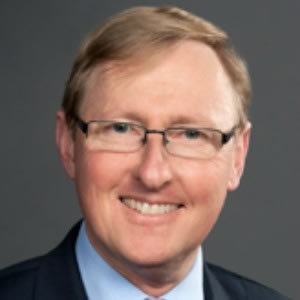 “The sole practitioner who works and benefits the community and their clients and the Australian economy does terrific work, but work solitaire and work in isolation can become a negative thing,” Mr Tidball said.

“The accumulation of knowledge and wisdom through practitioners learning from each other is incredibly enriching, but that's not always the way it is.”

Mr Tidball encouraged sole practitioners to band together in the increasingly competitive industry, while still providing the same services.

“What a great thing to have this environment where we have practitioners with great experience who embrace the role of informal mentoring, the collegiality, the support of each other, the professional feeding off each other,” he said.

“That role of sole practitioners, that vital role for their clients, their communities, the economy, it’s very important work and we need to be forming partnerships that build the strength of sole practice.”

“It means that you've got contact with people day-to-day and that's just so important,” Mr Babb said.

“It is a challenging and very demanding profession and you have your peaks and troughs. Everything's great when you're at a peak and everything seems pretty awful when you're in a trough, so it's lovely to be able to talk to someone in the office next door when that happens.”

“You're really no longer an isolated sole trader and you’re part of a group, and that to me speaks volumes in terms of workplace well-being.”

Clarence director Tony Jansz also discussed other benefits, like being able to go on holiday and have another sole practitioner take care of your clients, and having lower overheads by sharing facilities.

Mr Jansz said those who operate from shared offices also have access to benefits through partnerships that sole practitioners wouldn't be able to establish on their own.

“We are able to enter relationships now with the law society, with LEAP, with LexisNexis, because we're now large enough to negotiate or engage with organisations on behalf of sole practitioners that you may not have been able to do by yourself.”

While Clarence has been operating for more than 20 years, strong demand for its solicitors chambers, serviced and virtual offices has prompted the opening of a second Sydney location.

Clarence now has 300 clients, more than half of which are lawyers; 140 solicitors and 13 barristers.