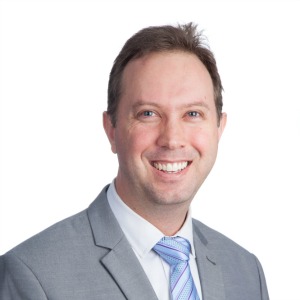 It is tempting to speed up transactions by eliminating the physical signing of documents, but one firm has warned lawyers to exercise caution around e-signature technology.

Creevey Russell Lawyers principal Stuart O’Neill (pictured) said e-signatures facilities such as DocuSign and Adobe are “being pushed” onto the market.

“[This is being felt] especially in sales industries like real estate, where there is a desire to speed up and deformalise the signing process,” he said.

“But lawyers should always be careful not to take shortcuts on fulfilling their duties in order to save on costs for a client.”

Mr O’Neill said the problem with e-signatures is that lawyers run the risk of their client signing documents too quickly and without due thought and consideration of all the legal issues.

“For this reason alone, in many cases lawyers will be naturally hesitant to recommend an e-signing arrangement for their clients,” he said.

In the worst case scenario, a lawyer could be prosecuted for negligence if a document is not validly signed.

“[For example,] if a deed is e-signed by an individual without a proper witness, it will not comply with section 45 of the Property Law Act,” he said.

Mr O’Neill said lawyers must take care with e-signatures because parties to documents must consent to e-signing and the document itself must explicitly say it can be e-signed.

Documents that require a witness should never be e-signed, he said. This generally excludes deeds, wills, estate planning authorities and contracts. Government, stock exchange or other registry documents also cannot be e-signed.

“Currently these rules generally, at best, only permit physically signed documents to be scanned and uploaded, but that is all.”

The validity of e-signatures in many legal contexts has not been tested in court, according to Mr O’Neill.

“The only real case in this area that has been reported is GetUp Ltd v Electoral Commissioner [2010] FCA 869,” he said.

In this case, an electronic document was signed on the trackpad of a laptop.

“This action was physically witnessed by persons who were present and who then signed as witnesses the same way,” said Mr O’Neill.

However, this case is “quite different” to the online facilities being offered by DocuSign and Adobe, he said.

“Perhaps future case law will address this if and when an e-signature is challenged. The Electronic Transactions Legislation does not deal with witnessing per se.

“To my mind, a witness must be an actual person who witnesses the act of signing and who can subsequently provide testimony in a court about that.”