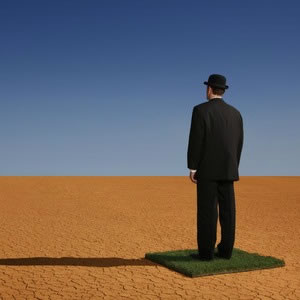 Herbert Smith Freehills has formed an exclusive association with a Saudi Arabia law firm and has appointed three new partners across the Middle East.

The formal exclusive association with the Law Office of Nasser Al-Hamdan in Riyadh, Saudi Arabia will expand Herbert Smith Freehills’ projects and corporate practice capability in the region.

The firm’s existing Middle East team consists of eight partners and 31 lawyers working out of the Dubai and Doha offices.

Herbert Smith Freehills' joint CEO Sonya Leydecker said: “Together with our recent launches in Johannesburg and Dusseldorf, this will be our third major investment in strengthening the firm's presence across the EMEA region, a key focus for the firm to provide clients with a truly global offering.”

Herbert Smith Freehills' head of Middle East Zubair Mir said: “Saudi Arabia is the only Arab nation belonging to the G20, has the largest projects market in the Middle East and is in the process of diversifying its economy, modernising its infrastructure and creating jobs.”

Mr Al-Hamdan is a high-profile corporate lawyer specialising in capital market transactions, M&A, private equity and investment funds, as well as foreign direct investment into the Kingdom of Saudi Arabia.

Project partner Euan Pinkerton is joining Mr Al-Hamdan in the Riyadh office from White & Case, where he was a partner in the energy, infrastructure, project and asset finance group since 2011.

Mr Pinkerton advises on both the financing and development aspects of projects, including conventional, Islamic and debt capital markets modes of financing, as well as matters of financial regulation and compliance with Sharia requirements in Saudi Arabia.

Mr Ellis joins from DLA Piper where he has spent more than seven years leading the development of several large scale power, water and process plant projects in the Middle East and Africa.

He will be joined by a senior associate seconded from the Australian offices.

Patrick Mitchell, Herbert Smith Freehills’ head of infrastructure for UK and EMEA, said: “The addition of three partners of this calibre and regional standing will significantly enhance our projects and corporate capability in the Gulf and the wider Middle East.”