Home/
News/
Lawyers’ use of LinkedIn can benefit firms

Lawyers’ use of LinkedIn can benefit firms 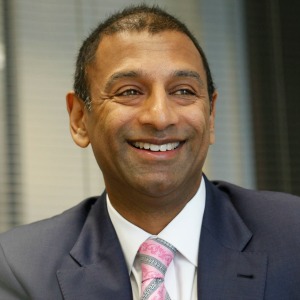 Encouraging lawyers to maximise their use of LinkedIn can provide firms with a large database of contacts, according to Colin Biggers & Paisley's managing partner.

Speaking with Lawyers Weekly, Dunstan de Souza (pictured) said the firm actively encourages its lawyers to use LinkedIn as a networking tool.

“There’s a program we have where people come in, train and educate our lawyers on how to use LinkedIn to get the best results out of it,” Mr de Souza said.

“The firm also has its own LinkedIn page, and every day we publish things on LinkedIn and then encourage our lawyers to share those posts.”

Mr de Souza said when you add up all the connections each lawyer within a firm has, that’s a huge database of people for the firm to reach out to.

“We must have well over 100,000 people who are connections of our lawyers who are on LinkedIn, and when you consider that you've got access to a database that's something like 100,000 people, it's quite phenomenal,” he said.

The aim now is to get those connections to join the firm's page so that they have direct contact with those people, Mr de Souza said.

“We've been focusing on training the lawyers, now what we're going to do is focus on networking with their networks.”

“It can be used as an extranet or an intranet, it's just another platform we use to collaborate both internally and externally.”

Mr de Souza believes that people who aren’t on LinkedIn simply have a lack of understanding of how it works and its benefits.

“Because people are busy, what they don’t make time for is to try to understand it,” he said.

“The young ones understand it intuitively, they've grown up with social media so any lawyer under 30 or there about already gets it. In many firms, it’s probably the older decision makers that perhaps aren't there yet.”

According to Mr de Souza, it won’t be long before the use of LinkedIn will be naturally adopted.

“I think it’s an inevitable thing that once the decision makers are people who have grown up with social media, then there won’t be an issue. Firms will just adopt it because they won’t think of anything else.”

Mr de Souza tried to put it in context by comparing it to the discussions law firms had around 20 years ago about whether to adopt email.

“The debate was, do we allow our lawyers to have access to email who can send written communication out without a partner checking it? In today’s world that’s nonsense, of course you do, everyone has email, but it was a reasonable debate,” he said.

“So in the same way that we had that debate 20 years ago, our discussion today about LinkedIn and other social media will almost be laughed at that we're even having this discussion.” 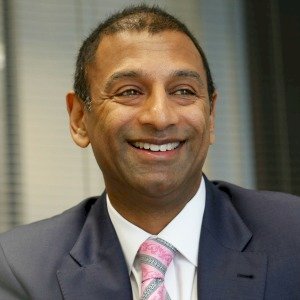 Lawyers’ use of LinkedIn can benefit firms