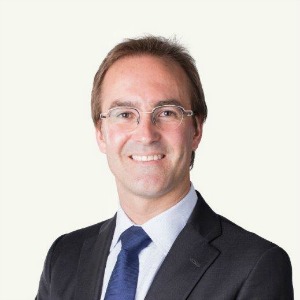 Cartel fines declined globally in 2015, with no fines being issued in Australia, but the coming year will see increased activity, according to a new report.

Allen & Overy released its Global Cartel Enforcement report for 2015 this week, showing a 20 per cent dip in global cartel fines between FY15 and FY14.

US and China were the outliers in 2015, with both reporting a record-breaking year in terms of fines issued.

Despite this global decline, A&O expects an increase in cartel enforcement activity in 2016 as authorities hone in on digital, telecoms, energy and consumer products sectors.

Peter McDonald (pictured), A&O’s head of the competition practice in the APAC region, said the fact that there were no cartel fines recorded in Australia in 2015 is “not particularly surprising”.

Unlike its European counterparts, the Australian Competition and Consumer Commission (ACCC) does not have the power to impose fines and must bring proceedings in the Federal Court of Australia to seek financial penalties, he said.

Penalties are set by the court but only after complex and protracted processes including initial determination of issues of liability and determination of penalty (both of which can be subject to appeals).

"So in contested matters, there can be many years in court of uncertain duration, before a penalty is handed down," said Mr McDonald.

This process delays the issuing of fines but does not reduce the ability for the ACCC to enforce cartel laws, he added.

“The ACCC is an effective enforcement agency, running many investigations and prosecutions every year,” he said.

In addition to ongoing in-depth cartel investigations, the ACCC started a number of cartel proceedings in 2015, according to Mr McDonald.

“The ACCC is also awaiting judgment in a number of cases, including in proceedings relating to the air cargo industry, cable industry, egg production industry and motor parts industry,” Mr McDonald continued.

This included: $11 million against Flight Centre in relation to attempts to enter into anti-competitive arrangements with three international airlines (but this decision was subsequently overturned by the Full Federal Court); $5 million in total against NSK Australia and Koyo Australia in the ball bearings industry; and $8.3 million in total against businesses supplying forklift cylinder gas.

“Australia has very strong cartel laws, including the possibility of large fines and jail time for the executives involved,” said Mr McDonald.

While the Australian regime “works quite well overall”, Australian cartel laws have not yet been tested in a criminal context, he continued.

“[This] will likely raise significant challenges for the ACCC and all parties involved,” Mr McDonald said.

“It is true the investigations and cases are usually difficult and often run for many years. The ACCC must dedicate substantial resources to remain effective in this area.”