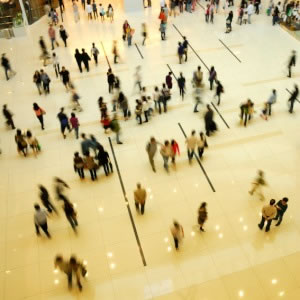 Despite slowing conditions in the US and China, Australian capital markets teams are being kept busy, a partner at a global firm believes.

“But from our perspective, we're seeing a lot of activity and I'd be surprised if most firms aren't going through the same very busy period.”

As part of Baker & McKenzie’s capital markets team, Mr Andrade has recently been involved in a number of high-profile transactions, including equity raising to fund a $9 billion takeover bid by Qube consortium.

“Because of the Aussie dollar and commodity prices being where they are, you're seeing a lot of opportunities [for firms],” Mr Andrade said.

“A lot of foreign buyers are looking at this market, particularly the Japanese and Chinese.”

While commodity-exposed and mining services sectors remain in “balance sheet repair” mode, Mr Andrade said a number of other sectors were picking up.

“On the whole, we still have a number of listed corporates who are looking at M&A activity across the board,” he said. “Whether it's agribusiness or financial services – which both seem to be hot sectors – you're likely to see this continuing.”

Ms Magraith suggested the opportunity to join a “firm wanting to grow its strength in capital markets” was a major motivating factor.

“The opportunity that creates for me as a partner is something I couldn't turn down,” she said.

Both Ms Magraith and Ms Nahlous, who each have children, pointed to flexibility as a key consideration when deciding to switch firms.

In Mr Andrade’s view, younger partners were heralding a “generational changing of the guard” in firms.

“I think younger partners who are helping influence leadership positions and the culture of the firm are all starting to look for and wanting to create environments that take into account and acknowledge the realities of what young working mums go through,” he said.

“I think law firms traditionally have tried to grapple with that issue. But I think there is a generational issue around how law firms tackle flexibility in a meaningful way.”

He added: “People define success however they want – from my perspective it's a life in balance, not a life driven by extraordinary billable hours and the dollars in your pay check.”