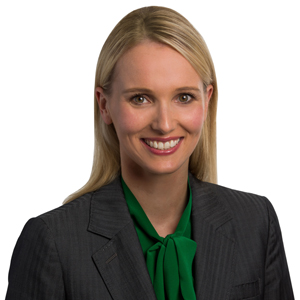 The newly appointed head of Holding Redlich’s personal injury division has set her sights on suburban expansion rather than major cities.

Bree Knoester has been appointed to head up Adviceline Injury Lawyers, together with partners Michael Lombard and Lisa Paul.

The change in leadership comes after previous Adviceline head Andrea Tsalamandris was appointed as a judge of the Victorian County Court.

In recent years, Adviceline – which is a part of Holding Redlich but operates under separate branding – has opened offices in Springvale and Epping in greater Melbourne, as well as Moe in country Victoria.

The firm now has its sights set on an office in Melton, west of Melbourne, in a deliberate strategy to spread beyond the CBD, according to Ms Knoester.

In her view, clients are increasingly demanding lawyers who are accessible in their own local area – especially in personal injury.

“Historically people came into the city to see a lawyer. We were big-city lawyers. It was part of the experience,” she said.

“But as time has gone on, we've realised that people who are injured find it difficult to get into the city. The people that support them – their families, their treating doctors – all live in the area that they live.

“We thought we have to go to where our clients are, so we developed a suburban strategy to move out into those areas.”

Office locations have been chosen on the basis of client demand, as well as local connections between communities and existing Adviceline lawyers, Ms Knoester said.

Springvale, for example, was opened as a large number of clients lived nearby. The area boasts a large Vietnamese community and Adviceline offers three Vietnamese-speaking lawyers.

The opening of an office in Moe, on the other hand, was prompted by Ms Knoester’s own ties to the region.

“Moe is a town in the LaTrobe valley where I grew up. In that region, over 160,000 people were exposed to asbestos working at the power stations. It feels like I'm helping the town I grew up in,” Ms Knoester said.

While some regional firms struggle to attract legal staff, Ms Knoester suggested that has not been a challenge for Adviceline.

“It actually hasn't been hard to attract people to those offices and ensure they're staffed just as well as the city offices,” she said.

“People now have a desire to be closer to home and to their families – they don't necessarily strive to be in the big-city office blocks any more. They see that work-life balance is very important and a way of achieving that is by working closer to where you live.”

Adviceline spun off from Holding Redlich in the mid-2000s after the firm sought to separate its personal injury work from its commercial practice.

She confirmed the firm was considering further suburban offices, including Melton, and was currently recruiting staff.

Adviceline is run by a leadership team consisting of all its partners, special counsel and senior associates – an approach Ms Knoester suggests is “less hierarchical” than the traditional firm.

As a major goal of her leadership, Ms Knoester said she hoped to foster this collective responsibility.

“I'm focused on not just our physical growth but the growth of our leadership team, and ensuring our lawyers are brave, caring and committed,” she said.

“We are a bridge between injured people and their rights, and I'm proud to walk on that bridge every day.”