Get breaking news SIGN UP
Exclusive
How far ahead should BigLaw firms be looking right now?:

Revenue up, but business development neglected 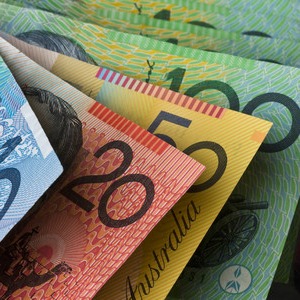 Small and medium-size firms have experienced a rise in revenue over the past year, yet spending on business development remains low, a new survey has found.

The legal sector benchmarking report, prepared by Crowe Horwath and the Australasian Legal Practice Management Association, found that all but the largest firms reported a growth in profits over the past year.

Firms in the $10 million to $20 million range reported revenue per partner at $1.341 million for the year, while firms generating less than $5 million per year had an average partner revenue at $1.108 million.

Despite this strong performance, firms of all sizes reported that spending in business development ranged from just 1.5 to 1.99 per cent of their budgets.

“Sometimes client retention – those that already have on your books – is a more effective BD tool than going to spend money to find new ones,” he said.

“If you optimise the clients you have, that may be better for you at a revenue level than spending money to find new ones.”

“There are lots of levers to change revenue,” he said.

“Some of those levers are only a short-term fix – people change rates or change their policy or methodology.

“But those that are investing in BD as the core of their business, and being able to respond to the market because they have a business development plan in place, will see benefits over three, five, seven years rather than the short term.”

Andrew Chen, a partner at Crowe Horwath, said firms were focusing inwards to seek savings and efficiencies rather than looking to the competition.

“A lot of the focus is on work they can do internally to improve their outcomes, as opposed to coming up with new and inventive ways to be competitive in the marketplace,” he said.

“That is a reflection of the fact that they have a lower outlook on growth and they are not quite sure, possibly, on what they actually need to do to compete, given the various forms of competition.”

The survey indicated that firms’ growth expectations fell over the year, from 10 per cent in 2014 to seven per cent in the most recent period.

Retaining staff is also a key concern for firms in the current marketplace, according to Mr Chen.

“There is a fair level of competition out there,” he said.

Revenue up, but business development neglected

How far ahead should BigLaw firms be looking right now?

Big Law How far ahead should BigLaw firms be looking right now?