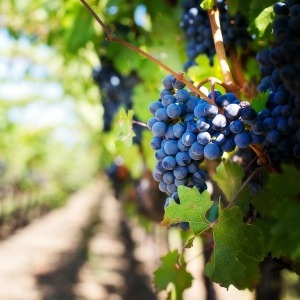 Commercial clients are being increasingly strategic about their choice of dispute resolution methods, according to a principal at Resolve Advisors.

Speaking with Lawyers Weekly, Shirli Kirschner said clients are taking advantage of the multitude of mediation methods that have emerged recently.

“What I think is really interesting is that there are a whole lot of different types of mediation now,” she said.

These new types of mediation include facilitative mediation, which allows large groups of stakeholders to make a decision, and registrar-assisted settlement processes, which provide a mediator with expertise in a particular field, according to Ms Kirschner.

“Those distinctions weren't there four or five years ago,” she said.

As corporates try out these new types of mediation, they become more discerning about which methods they use to resolve disputes, continued Ms Kirschner.

“With the passing of time you have a number of people who has been through a vast number of these processes and are starting to get much more sophisticated,” she said.

“We've got a big proportion of the market now who are becoming 'wine connoisseurs' in ADR terms.”

With in-house legal budgets under pressure, corporate counsel are keen to select the process that is likely to resolve issues faster, Ms Kirschner added.

“When you have unlimited legal budgets, you can afford to get it almost right,” she said.

“But nowadays your legal budget is much more constrained and there just isn't that kind of room for error. So you really need to be much more strategic on what process you are choosing, who is going to run it, who is going to be in the room and how you use your advisers.”

Litigators left out of mediation

In the past general counsel would have brought an external litigator or barrister to mediation, said Ms Kirschner.

But what companies hope to get out of the mediation has changed over time – and their choice of adviser has shifted too.

Corporates are increasingly turning to mediation as a way to settle differences and mend relationships in complex, large scale agendas, rather than simply cutting a deal and walking away, said Ms Kirschner.

“Mediation is now moving over just from pure dispute resolution to the re-establishment of a relationship, where either it has been damaged by a dispute or disruption,” she said.

These changing objectives have meant that corporate counsel are using commercial lawyers to help resolve a dispute, rather than calling in a litigator, said Ms Kirschner.

“I'm seeing more and more [general counsel] being quite willing to do it themselves because they see it as a negotiation skill, not a litigation skill,” she said.