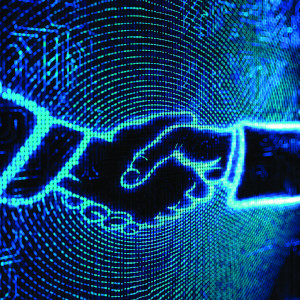 In the wake of an unprecedented data leak from a Panama law firm, the government should consider cracking down on corporate service providers, including lawyers acting in that role, a legal academic has said.

A data leak of more than 11.5 million documents from Panamian law firm Mossack Fonseca & Co exposed hundreds of cases where shell companies may have been misused, with more than 800 Australian clients, Russian President Vladimir Putin and many others potentially implicated.

University of Sydney associate professor and practising lawyer David Chaikin suggested the leak highlighted the extent to which tax havens could be used to hide personal wealth.

In response, he called for the government to extend its anti-money laundering regime by creating an obligation for corporate service providers and other professionals to report suspicious transactions.

“The Panama Papers should encourage the government to apply Australia’s laws to corporate service providers that deal with tax havens on behalf of their clients.”

Dr Chaikin argued this obligation should not apply to lawyers, given the special relationship between lawyers and clients.

“I must say that it's difficult to reconcile the idea that you can be a client of mine and I would report a suspicious transaction,” he said. “I think that's irreconcilable with the fundamental duties that a lawyer owes to their client.”

However, he suggested where lawyers act as corporate service providers – as in the case where lawyers primarily set up trusts or structures for third parties – they should fall under the same obligations as a non-lawyer doing that work.

“If a lawyer is engaged in certain business activities, if they're a corporate service provider, then they should be [subject to the obligation],” he said.

In the case of Panama, the law firm allegedly has a particular arm that was charged with setting up tax structures on behalf of clients, work which Dr Chaikin believes can be “distinguished from normal legal transactional work”.

“If essentially what you're doing is providing companies and trusts for third parties, the reason or justification for excluding lawyers doesn't apply to that type of business activity,” he said.

He also warned that lawyers as a group are being used as an excuse by the government not to extend the regime to other professionals.

The roots of this issue extend to the introduction in 2006 of the Anti-Money Laundering and Counter-Terrorism Act, which brought in an obligation for banks, financial institutions, brokerage and insurance houses and casinos to report suspicious activity.

The initial plans were for the obligation to be extended in 2008 to lawyers, accountants, real estate agents, precious minerals dealers and corporate service providers – but the legal profession lobbied against the changes and they were never introduced, Dr Chaikin said.

“So why hasn't the government applied the law to these other groups?

“The government should not be able to hide behind the fact that they can't apply it to lawyers as an excuse not to apply it to the others.”